Damba: Dagbon Development Plan will serve as a blueprint for Northern Ghana – Ya-Na "We are still facing some critical challenges in the process but hope that, with your continuing support, we shall overcome them soon. "Once all these outstanding difficulties are resolved, I will assemble my chiefs through the Dagbon Traditional Council, and call on illustrious and distinguished sons and daughters of Dagbon in the Academic and professional classes to constitute a working group to roll out my plans for the area. This session will allow me to listen to their inputs for incorporation into the final Dagbon Development Plan that will serve as a blueprint for Dagbon and Northern Ghana," he emphasized.

The Ya-Na in his remarks stated he took over the leadership of Dagbon at a time when the challenges appeared vast and insurmountable.

"However, I take solace in the fact that with a united Dagbon, and a supportive government, we will overcome those challenges and chart a new path of peace and development," he assured.

The King of Dagbon revealed this in his address to thousands who had gathered to witness his first Damba festival since he became the Ya-Na at the forecourt of Gbewaa Palace in Yendi. He sighted the Nanton Chieftancy issue as one of the challenges his reign is currently faced with but added that a committee is put in to deal with the matter.

"I'm happy to announce that, the nucleus of a Dagbon Peace Advisory Committee has already been set up since June 2019, to deal with the process of resolving the Nanton Chieftancy matter which was created following my appointment of former Vo-Naa M.B. Bawa to Nanton as Nanton Naa Mahamadu V. Since I assumed office, I have incorporated the concerns of both sides in administering the Kingdom. The one challenge so far is the Nanton Chieftancy matter on which the committee is working."

The Overlord of Dagbon also announced that the committee, after several months of deliberations have submitted a decisive resolutions to the Regional Security Council with copies to the office of the President and that of the National Security Minister for action. He appealed to the President to expedite action on the resolution to bring a lasting peace to Dagbon. Addressing the gathering, President Nana Addo Dankwa Akufo Addo thanked the people of Dagbon for embracing peace and prosperity. He assured the Ya-Na of government and the security agency's commitment to ensuring that there is peace and resolution to bring calm in the Nanton area.

"Ya-Na I have take a note of your concerns over the situation in Nanton which I share and I will like to assure you, the government and the security agency's will do all that is possible to guarantee the peace and security of Nanton and assist to bring lasting calm and solution to the Chieftancy problem there.

"I have said and I will continue to say that we have to nature this peace baby delivered to us. The greater work has to be than by the Chiefs and people Dagbon while the rest of us play the supporting role. Decades of strife and mistrust among the Dagbon people cannot and will not disappear overnight because we now have a Ya-Na," he reiterated.

This year's Damba festival was on theme "A new Dagbon: Peace and Unity for Development."
Continue Reading
Share: 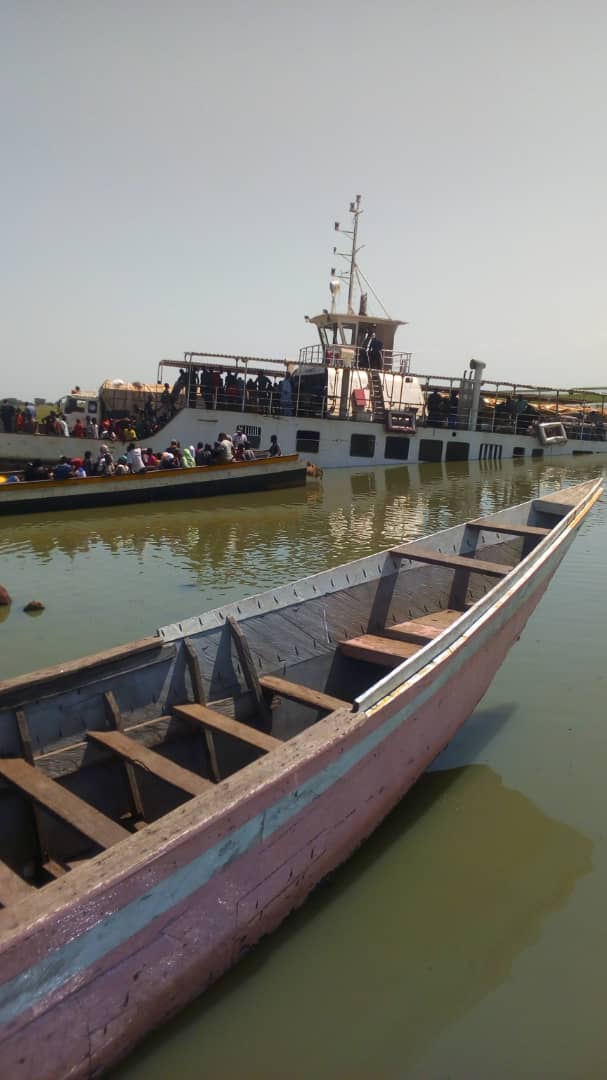 There was near major disaster at Mankago in the East Gonja  district of the Savanna region a ferry sunken with travelers and goods. Hundreds of passengers onboars  the ferry quickly move to speedy boats by rescue team consisting National Fire Service

Bimbila: 2 injured in a stampede over Damba celebrations

Two persons have  sustained injuries  in Bimbilla during a stamped yesterday after police and military fired warning shots to disperse a charged  crowd. the crowd who are members of the late Nakpa Naa's family who had been served notice by the

A Youth Tourism Ambassador of Ghana, Joseph Amartey has asked that government implements the national tourism policies to serve as a road map towards the development of the sector. According to him, the industry can grow bigger if the right policies