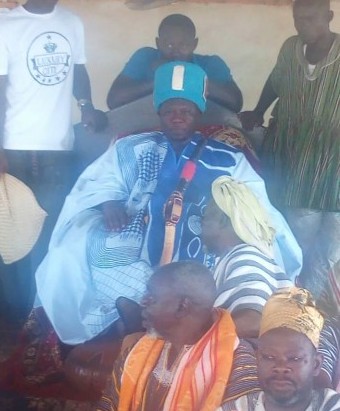 The Regent of Dagbon Kampakuya Naa Abdulai Andani II has accused the committee of eminent Kings mediating the Dagbon crisis of allowing too much speculation to permeate their work which has led to insecurity in Dagbon.

He said these unnecessary and preventable conjectures are the result of the committee’s dealings with individuals parading themselves as representatives of the Andani family. He therefore urged the committee to as a matter of urgency halt such practices.

The Regent was speaking to the media after over 50 paramount and divisional chiefs across Dagbon paid homage and to pledge their unflinching support to the Kampakuya Naa’s position regarding the mediation process.

The Kampakuya Naa was emphatic that the committee of the three eminent Kings headed by the Asantehene Otumfor Osei Tutu II is only a mediating committee, asking that the long tested Dagbon customs and tradition be allowed to be used to resolve the impasse.

Kampakuya Naa further called on the committee to cease dealing with all royals in Dagbon and concentrate on the custodians of Dagbon. He said only these custodians can lead Dagbon to the land of peace.

The Economy Still Stinks And Ghanaians Are Still Suffering Its Effects