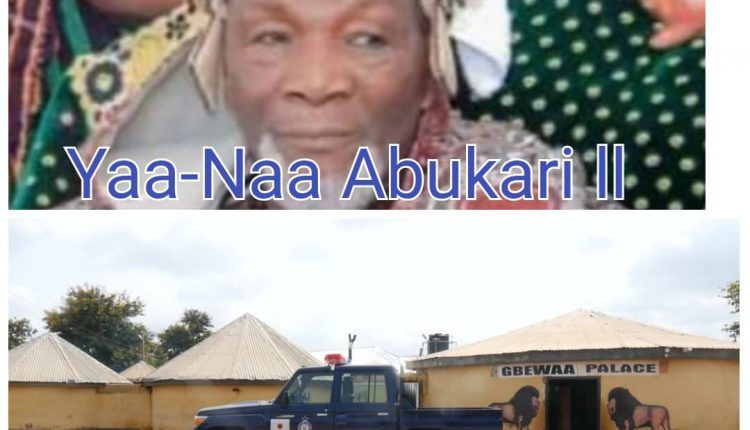 The Gbewaa Palace has received a Toyota Land Cruiser pick-up from President Nana Akuffo-Addo. The gesture comes at the back of Yaa Naa’s appeal to the President to provide vehicles for the security services within the Yendi Municipality in order to beef up the security situation in the area.

The King of Dagbon: Ndan Yaa Naa Abukari II last year during the President’s visit to the Palace made the special appeal to the President to assist the municipality with two pickups for both the police and the military.

However, the palace was presented with one pick up which was handed over to the police by the King himself. Speaking to the media on behalf of the King after the presentation, the Palace Public Relations Officer (PRO) commended the President for responding to the plea of the King. He says the vehicle will enable the police in their daily patrols and to deal with criminal activities in the municipality. Meanwhile, he also cautioned the police to take good care of the vehicle and use it for its intended purpose.

One Household, One Garden (1H1G) project launched in Northern Region