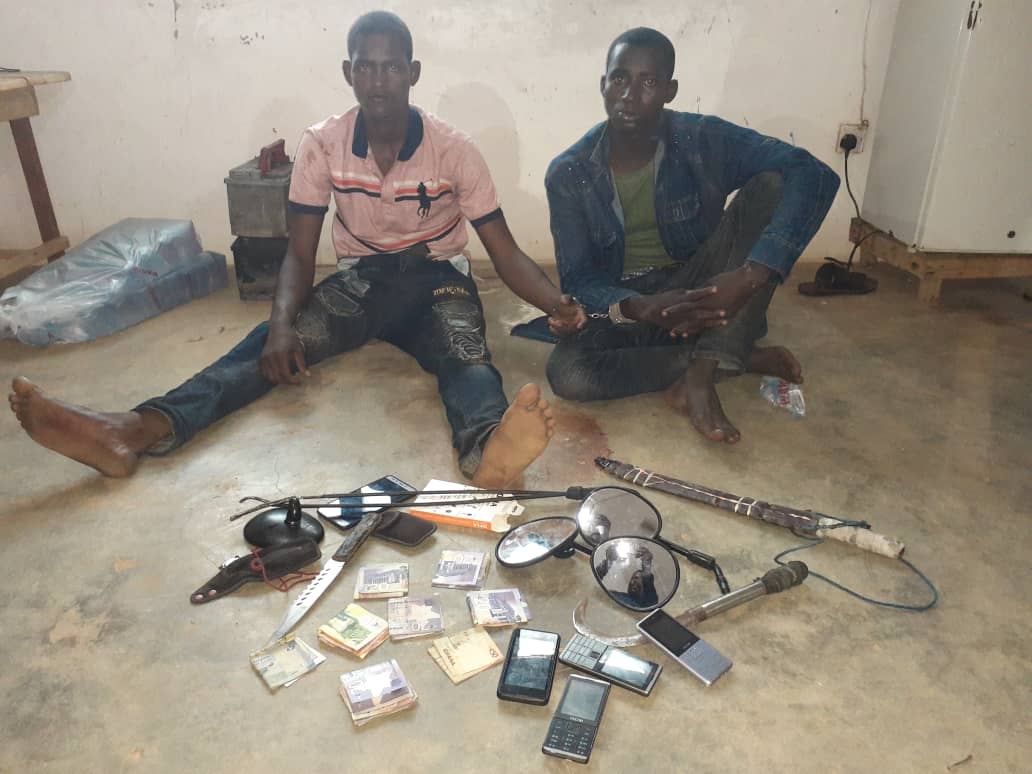 The two, Mustapha Mumuni, 22 and Ali Bukari, 20 were arrested at a spot where some motorists were robbed on Monday They were caught by a police patrol team on the Sawla – Tuna motor road where constant robbery attacks on motorists plying the route have been reported.

According to the Northern regional police public relations officer, DSP Yussif Tanko, the suspects were spotted at a robbery scene by a police patrol team, but when the suspects saw the team, they allegedly sped off on a Asponic Auroba motor bike with registration number M-19-UW-5099.

The police however chased and arrested them. A search conducted on them on the spot retrieved monies in separate wraps but they could not quote the exact amount on them making them suspects. Five mobile phones were also retrieved.

Subsequent searches was also conducted at their various homes at Tuna and Gindabour respectively and a Jack knife, a dagger, a go to hell metal, two pairs of motorbike mirrors, two mobile phones and two covers, an ear piece and a metal whip were retrieved at Bukari’s room. A search of Mumuni’s room turned up nothing.

A later count of the monies retrieved from the suspects at the Sawla District Police command revealed the total amount to be GHC 939.00.

Also, the infinix phone found on them showed pictures of one Abass Gumah of Bole, a driver who on the 13th of September at about 9.10 pm reported to the police of having been robbed of the sum of GHC10, 251, and his Infinix note 3 pro.

The suspects were detained at the Sawla District Police command pending further investigations.