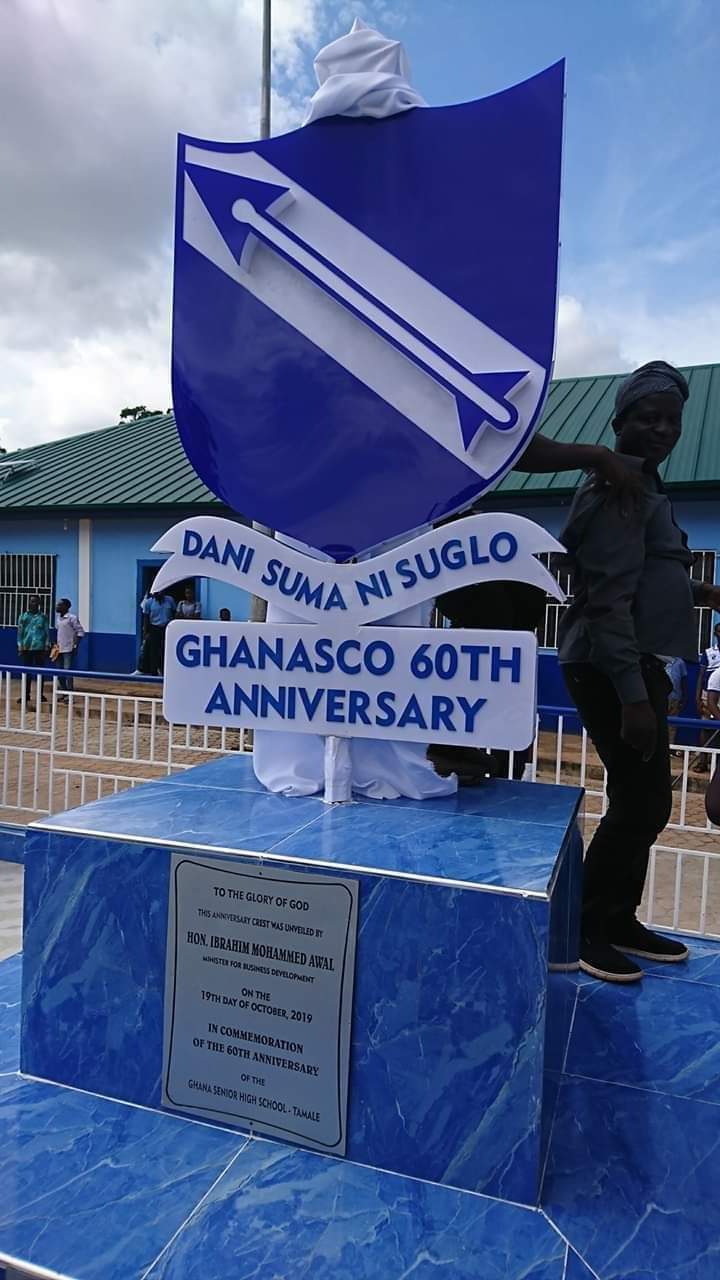 The Ghana Senior High School (GHANASCO) has reached a consensus with the Kukuo community over a fence wall that ignited animosity between the two.

For some time now the school has had serious disagreement with community members when it started constructing a fence wall to protect both students and school properties.

Speaking to Zaa News on the issue, the Head Mistress of the school, Hajia Amina Musah described security as one of the major challenges confronting the GHANASCO.S

She however described the current relations with the Kukuo community as cordial because both parties sat and came to a compromise on the fence wall.

The community argument was that the dam inside GHANASCO was theirs and that the school must create a route to the dam to enable them fetch water.

This demand, Hajia Amina said has been met and a gate will be put there which will be open on an agreed time. Criminals she said have stolen students’ items and staff properties because the school has not security guards or Watchmen.

The security issue she added got worse because about 12 non-teaching staff who were providing some protection had to be laid-off when the government directed the dissolution of P.T.A’s in school.

The school she explained did not have enough funds to take care of them because it was the parent teacher association who was taking care of the watchmen.

‘Our relationship with the community is cordial because lately we have sat with them. The disagreement has to do with the fence wall, anytime contractor comes to build they push it down because they claim the dam inside the school is theirs.”

She continued, “They didn’t want the wall to block them from having access to the dam. We sat with them so they could understand that there was the need for school authorities to control students and instill discipline. Eventually we agreed that we should leave some outlets with a gate which will be open on a particular time agreed by both parties.”

“The Security issue is very big, you know for the past few years government has not been recruiting non-teaching staff and so is been a huge problem for us. We don’t have security men and every now and then thieves come around to steal our things. Recently we called them to inform them that the school or P. T. A can’t  take care of them and if they want stay on fine,” she said.

On the enrollment, the head mistress said the school did not encounter problems during this year’s admission. The school has a total 1,312 this year for both Gold and Green tracks.

GHANASCO total student populations stands at 3,432. The Double truck system she said has helped and the school has no accommodation issues.

Meanwhile, on Saturday school officially launched its 60th anniversary celebration at a grand durbar on the school premises.Before the launch, a series of activities including community engagement and walk through some principal streets of Tamale.

Hajia Amina told Zaa News the school has every reason to celebrate because it has produced a president of the Republic of Ghana, H. E Joh. Dramani Mahama and his wife Lordina Mahama, the celebrated banker-Pishigu Lana Alhassan Andani, Business Development Minister Dr Mohammed Awal and many others.
On Friday, a special prayer was held to thank God for seeing the school since its inception.
A nondenominational service will also be held on Sunday.