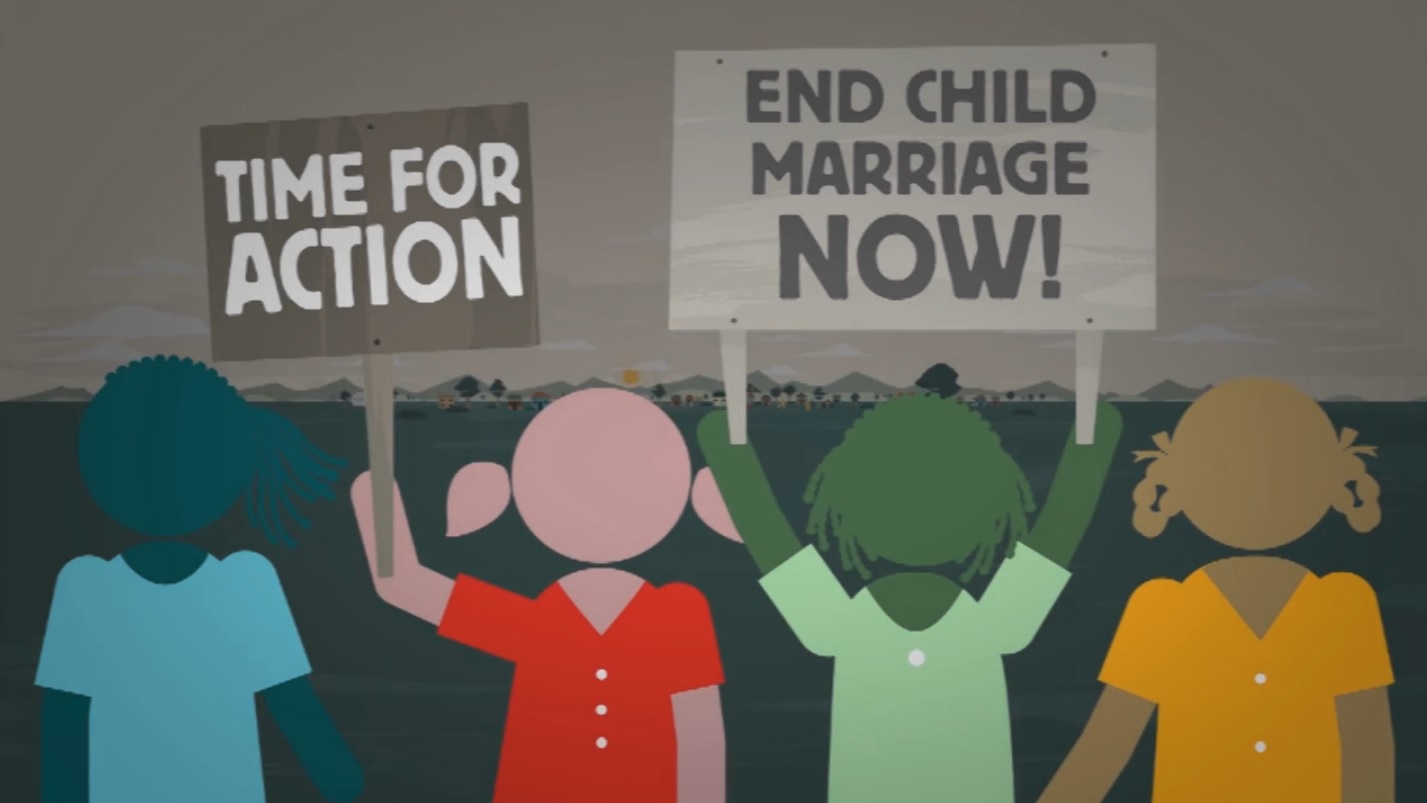 A Call To End Child Marriage

According to a UN report, there are 1.1 billion girls in the world, and every one of them deserves equal opportunities for a better future. They are a source of energy, power and creativity. They can drive change and help build a better future for all.

Yet, most girls face disadvantage and discrimination on a daily basis, and those living through crises are suffering even more. Addressing students at a book launch ceremony to mark the International Day of the Girl Child in Tamale, the Northern Regional Director of Education, Alhaji Haroun Cambodia, called on parents in the northern region to invest in the education of the girl child rather than give them out for marriage.

The launch of the book titled: ”TALATA THE CHILD BRIDE”  published by ADWINSA Publications is written to educate parents and children on the negative implications of child marriage. This year, International Day of the Girl (11 October) focused on the theme, “Empower girls: Before, during and after conflict”.

A Lecturer at the Bagabaga College of Education. Mr. Iddrisu Barihan who spoke to the media says that education is the key to the development of a nation and Ghana as a country needs to put in more efforts in the education of the girl child. He mentioned corporal punishment, teenage pregnancy, poor parental care, poverty, kayayei and early child marriage as some of the challenges preventing the enrollment of girls in school.

He therefore advised parents to take the education of their girls seriously. The Pro- vice Chancellor of the University for Development Studies Prof. Seidu Alhassan on his part called on all and sundry to join hands in the fight against the early child marriage menace. He also stressed the need to embark on sustainable ways to eliminate the situation in order for the girl child to be educated for the benefit of the nation.

The program was attended by various stakeholders, pupils from some selected schools in the Sagnarigu District. Some of the schools include Sakasaka JHS, Little Flower School Complex, Dahnsheli JHS, St. Paul’s R/C, Zogbeli Block ‘A’, Naaloro International, NOBISCO, TAMASCO and Synergy Star.

The rest are Bisco, GANASCO, ADSEC and Central Lyceum. Participants were also entertained by pupils from Little Flower School complex and Belhaven Stars School with poetry recitals as well as drama enactments.