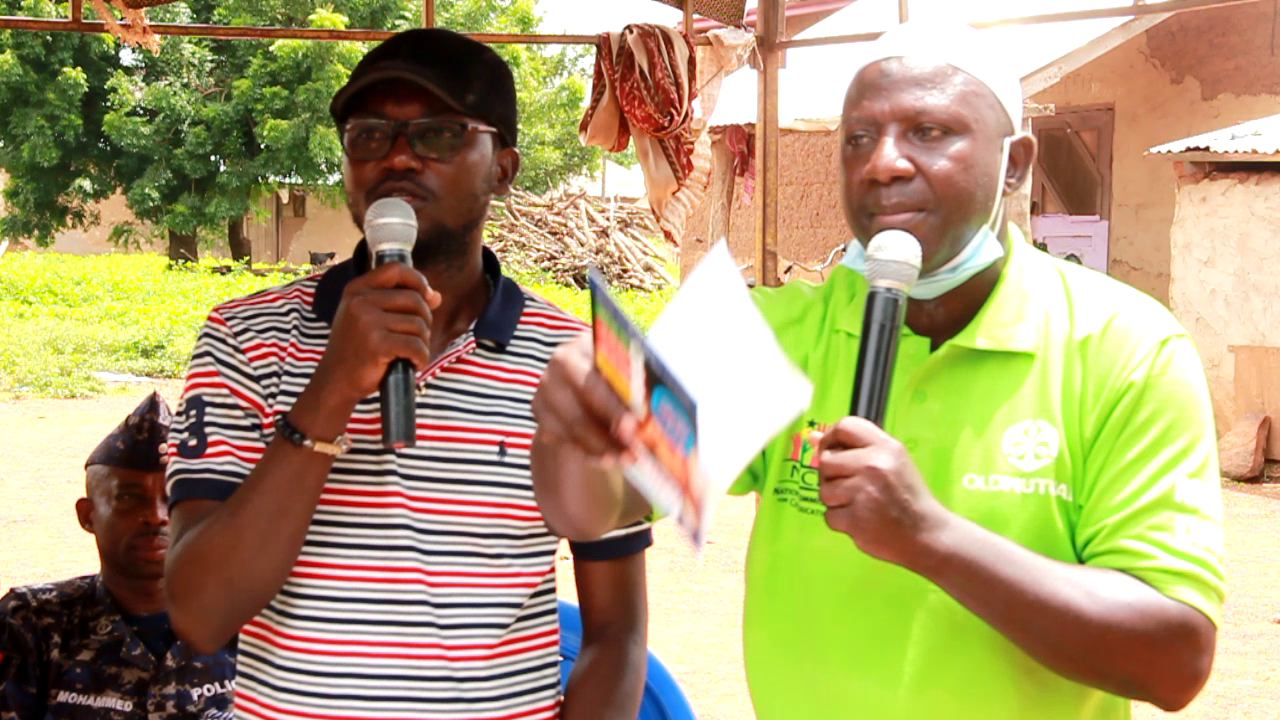 Ghana Integrity Initiative in partnership with Ghana Developing Communities Association (GDCA) has organize three separate Mobile Advocacy and Legal Advice Center, ALACs in three Districts of the Northern Region to engage with citizens at the community level on how they can contribute to fighting corruption in Ghana.

The initiative is to empower citizens in the communities to reject and report corruption as part of their roles under the National Anti-Corruption Action Plan (NACAP). The engagement which was organized in the form of community durbars and dubbed “know your rights” offer ALAC the opportunity to engage directly with citizens at the community level on how they can contribute to fight corruption in Ghana.

The community engagements which were organized in the Kumbungu, Savelugu and Karaga Districts brought together various stakeholders including chiefs, opinion leaders, personnel from the security service, religious leaders and all stakeholders who matter to listen to experts on ways they should fight corruption in their own way.

GII’s initiative follows the findings and observations that emerged from a social accountability monitoring exercise conducted in these districts by the Ghana Developing Community Association, GDCA in 2021 which recommended that the three Districts be strengthen on social accountability, transparency and good governance issues.

Addressing a community durbar in Karaga, the Northern regional ALAC officer at Ghana Integrity Initiative, Joseph Makido Azam encouraged participants to take bold steps to report corruption cases and suspected acts of corruption within their localities without fear. Mr. Azam noted that corruption does not occur only amongst politicians and people in authority but in the society as well.

“When they talk about corruption, most of us are quick to say it’s the politicians, with all due respect it’s the police, it’s the judiciary, is those who are driving the big cars and the V8s, what about us? But if you point your fingers at someone, how many are pointing back at you? Who has made the people we are talking about corrupt? Are they being corrupt on their own accord? They are there to serve us we put them there”.

The ALAC officer also charged various leaders of the communities to exhibit exemplary leadership by leading the crusade of corruption fight. He said where ever one finds his or herself in leadership position they must use the power entrusted in them to correct wrong doings especially corrupt practices.

District police commander of Karaga, Alhaji Mohammed Abubakar on his part challenged every citizen to be self-discipline, noting that discipline is the foundation of corruption fight. He said if all citizens portray discipline and abide by the laws of the country corruption will be eradicated without much efforts from anti-corruption civil society organizations.