N/R: Chief of Yipielgu expresses worry over reckless felling of shea trees in the area. 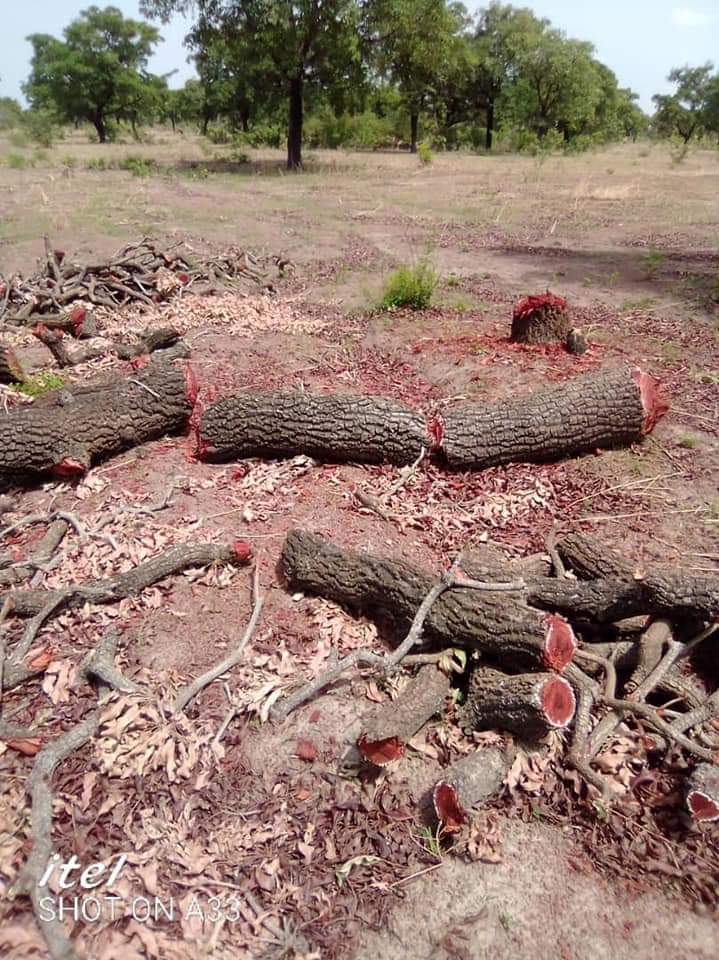 The chief of Yipielgu, Yipiel-naa Abdulai Musah has expressed his displeasure over the reckless felling of shea trees in the area. The chief, who expressed this, said if the practice is not stopped it could worsen the poverty situation in the north since shea is the only source of income to many households.

Yipiel- naa who spoke to Zaa news appealed to government, traditional rulers, NGOs and city authorities to initiate steps to address the indiscriminate cutting of shea trees in the area.  Shea nuts are seeds of shea fruits that grow on the shea tree. The shea generally grows wild and is an indigenous tree species to many countries in West Africa. They begin to bear fruits after 20 years and may continue to produce nuts for up to 200 years after reaching maturity.

Shea butter which is gotten from the shea fruits is becoming increasingly popular as an ingredient in cosmetics and soaps, especially in Ghana, France, and the US. The oil content is the most crucial element of the shea nuts, as that component is an important ingredient in the composition of butter that goes into cocoa butter equipment and other by-products.

It is common practice in the northern part of the country that both men and women are engaged in the unfortunate activity of making a living by felling trees for charcoal in commercial quantities. It usually is an awful sight to see trucks of charcoal leave almost every village of the region on daily basis to the southern part of the country where the charcoal business is booming.

This old age practice of tree felling and bush burning is seen to have been one of the reasons for the deforestation and land degradation that has characterized the entire savanna belt in general and the northern region in particular. The chief contend that, the amount of shea nuts that women pick has seen a drastic decline in recent times, and associated this problem to the increasing rate at which people are cutting the shea trees and other economic trees for fuel wood and other farming activities.