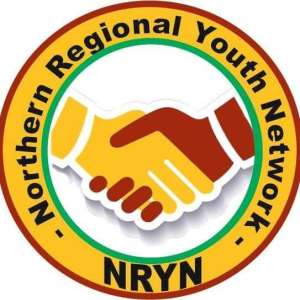 The newly elected regional executives of the Northern Regional Youth Network (NRYN) have been sworn into office at a ceremony in Tamale. The newly elected President Abdul-Latif Abdul-Rahaman commended members of the network for the confidence reposed in the new regional executives, assuring that they would not fail. He said the new executives would be honest, faithful and discipline in their quest to lead the association to achieve its goal.

He called on colleague young people to always be proactive in demanding transparency and accountability from leadership of the network and this he noted, shall serve as an example and a step towards achieving the objectives of ensuring transparency, accountability and equity in the provision of social services like education and health from duty bearers.

The President-elect indicated that poor educational outcomes still remain a great issue of concern in northern Ghana and the need to double efforts in addressing that remain the ultimate goal. He reminded relevant stakeholders to keep their doors opened as they shall not relent in engaging to find a reasonable and acceptable image for Northern Ghana in the educational outcomes particularly at the Basic levels.

‘’The northern regional youth network has gone through several reforms leading to the achievements of results in the areas of education, health, youth empowerment and development and peace and security’’, he said.

Mr Abdul-Latif Abdul-Rahaman further advised the youth to be innovative enough to create employment for themselves since government alone cannot provide them jobs. He has however appealed to government to create an enabling environment for young entrepreneurs to thrive

He noted that ‘’We as youth must be frank to ourselves that the job market is chocked and for that matter we need to be innovative. Young people should take advantage of organizations that are interested in training young people and learn something to benefit them, because government alone cannot do this for us. Government should also create the enabling environment for young entrepreneurs to thrive’.’

A representative of the Northern Regional Coordinator Alhaji Issahaku Alhassan, encouraged the members of the network to strengthen efforts by building strong database of all youth groups in the region and this would go a long way to increase the strength and power in young people because the youth is the common wealth for the entire world. He used the opportunity to appeal to the youth to be ambassadors of peace and change wherever the find themselves.