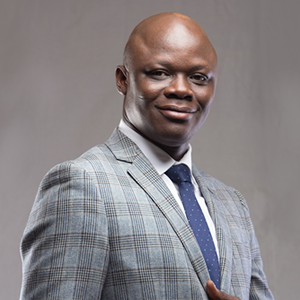 Test the Right To Information Act, Samson Anyenini to Journalists

A Private Legal Practitioner, Samson Lardy Anyenini has called on journalists to test the Right to Information (RTI) Act by applying for information from the information holders through the law.

He said even though the law was not made for the media, journalist should make good use of it on behalf of the citizens for whom, the law was made.

Mr Anyenini was addressing journalists in Tamale Yesterday at a day’s training on the newly passed RTI law for media practitioners in the Northern Region.

The event was organised by Media Foundation for West Africa (MFWA). Mr Anyenini is however not happy that the law, which will be implemented in January 2020 had not had its road map followed, stating that every roadmap has been missed.

He said irrespective of the delay the right thing has been done to ensure its implementation and called on government to put in the right machinery to kick-start the implementation.

He urged government to ensure the RTI infrastructure was put in place, the Legislative Instrument (LI) and set up its commission.

Mr Anyenini said the Commission would have to publish guidelines to enable the information holding institutions to determine how to design their manuals.

He said there is the need for government to ensure that people with the expertise were employed as well as engage stakeholders such as MFWA to do the needful.

The stakeholders, he said, are to assist the media to get the Act worked as well as mobilise lawyers to help push it. He urged journalists to get copies of the RTI, read and educate the public on them.

Mr Anyenini took journalists through the structures of the Act, its exemption regime, omnibus clause and also information and how to access it.

He said the Act is a fundamental human right which was not for journalists but the citizenry and applying for information could be made by writing or verbal.

In applying for an information, one would interface with Information Holders (institutions), Information Officers, Institutional Heads and the RTI Commission, he said.

The work of the information officers is to generate, process, maintain and preserve information which is accurate and authentic and they have to publish a manual every year, without waiting for a request from the public.

Programme Officer at  MFWA Fouzia Tua Alhassan, said the country has spent two decades in passing the law just to have access to information. She expressed the hope that this will help ensure transparency and accountability.