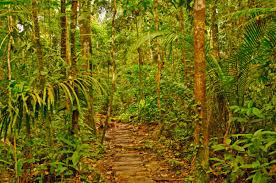 The Forestry Commission has warned the Tamale metropolitan Assembly to desist from evicting squatters from the water works forest reserve.

The forestry commission said any attempt by the assembly to used portions of the reserve for economic development will be resisted.

The Tamale Metropolitan Chief Executive Mr Iddrisu Musah  on November, 11, 2019 is said to have written to the forestry commission, requesting their support to evict squatters on a parcel of land at Poloya Fong in the Assemblies of God Electoral area.

The M. C. E indicated, the eviction was to pave way for Naagamni Ghana Limited to use the area for economic development. But the forestry commission has flatly rejected the Mayor’s request.

The Tamale District Manager of the Forestry Commission, Kofi Cheremeh in a letter referred Mr. Musah Superior to the forest protection (amendment) Act, 2002, Act 624 which can allow economic activity of any form in the forest reserve only if there is a written permission from competent forest authority.

He is therefore emphatic that the commission cannot support Tamale Metropolitan Assembly’s exercise because there has not been any official letter form the forestry commission.

Mr Cheremeh further warned that any attempt by the Tamale metropolitan assembly and NAAGAMNI GHANA Limited to evict squatters will be illegal.