Vast sums of monies missing from assemblies coffers; are our local representatives bitten by the corruption bug? 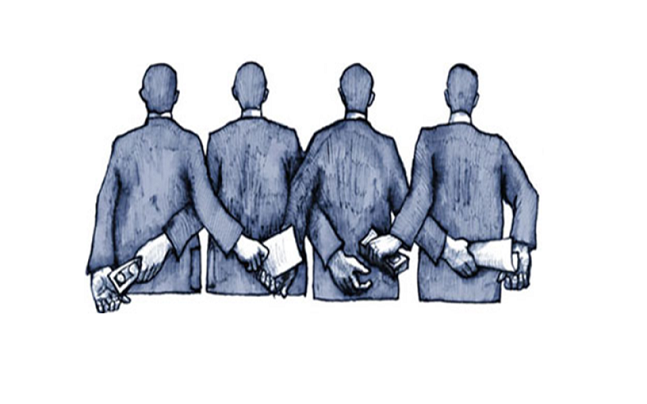 Revelation by the Public Accounts Committee of Parliament on Monday that out of the 26 municipal and district assemblies in the northern region, 18 could not account for large sums of money for the fiscal years 2016 and 2017 had me scratching my head in wonderment and utter shock.

Of course, I know it is too early, too premature and, indeed, it would be grossly unfair to accuse anyone of embezzlement of public funds; there is no scintilla of evidence to remotely suggest that somebody dipped their hands in the public coffers.

But it is important that we don’t gloss over this fact. A huge amount of public money is gone missing, unaccounted for and that ought to prick our conscience. What is more, the amount in question, 29, 250 Ghana cedis is no small change by any measure. Be that as it may, some fundamental questions must be asked.

What is going on here? Has corruption suddenly become so pervasive, even at the local level? Are our district and municipal assemblies, public institutions that are so close to home, turning into cesspools of greed and avarice? I would hope not.

PAC was certainly not cooking the books with its disclosure. And, it was surely not targeting any particular assembly for stern rebuke and lecture. It was only discharging its responsibility, that of scrutinizing the finances of district and municipal assemblies and making sure that there are no behind the scene manoevres to fleece local residents, in effect, no financial games or shenanigans.

The committee took a long hard look at the finances of the assemblies in the northern region and came away convinced that some sort of financial malfeasance had taken place. How else, does one explain the sudden or slow disappearance of 29,259 Ghana cedis from the coffers of our assemblies.

Finance officers of the assemblies, tried as they did, could not explain away the disappearance of various amounts of monies from their coffers? One assembly whose finances has piqued my interest is the Tamale Municipal Assembly.

As per the Auditor General’s report issued this year, the assembly had a short fall of nearly 1.2 million Ghana cedis for the 2015 financial year, and as if that was not enough bad news, the assembly’s expenditure has gone up.

Put in simple layman’s terms, what this, in effect, means is that the assembly will be spending more than it will be taking in, a situation that could spell financial disaster for the city in future.

More worrying is the painful realization that with little revenue dripping in, will city leaders be able to meet the needs of residents in terms of providing constant electricity, clean water, decent schools, good roads and better healthcare?

Finance officers of the Tamale Assembly are confident; they don’t seem deterred by the shortfall in city revenue. They claim they will be able to generate revenue for the city. We will see. Lets just hope their claims are not empty bravados.

Members of PAC, God bless their hearts, are on a nation wide working tour to put the fear of God in the hearts of our assemblies, and we should wish them well. They have no political ax to grind.

My takeaway, my impression from the PAC revelation is simply this: our district and municipal assemblies have a lot of work to do to convince their constituents that their tax money is not going to line the pockets of some assembly fat cats.

18 Assemblies in the northern region fail to account for GHC 29,250 -PAC

What Alberto Savoia Can Teach You