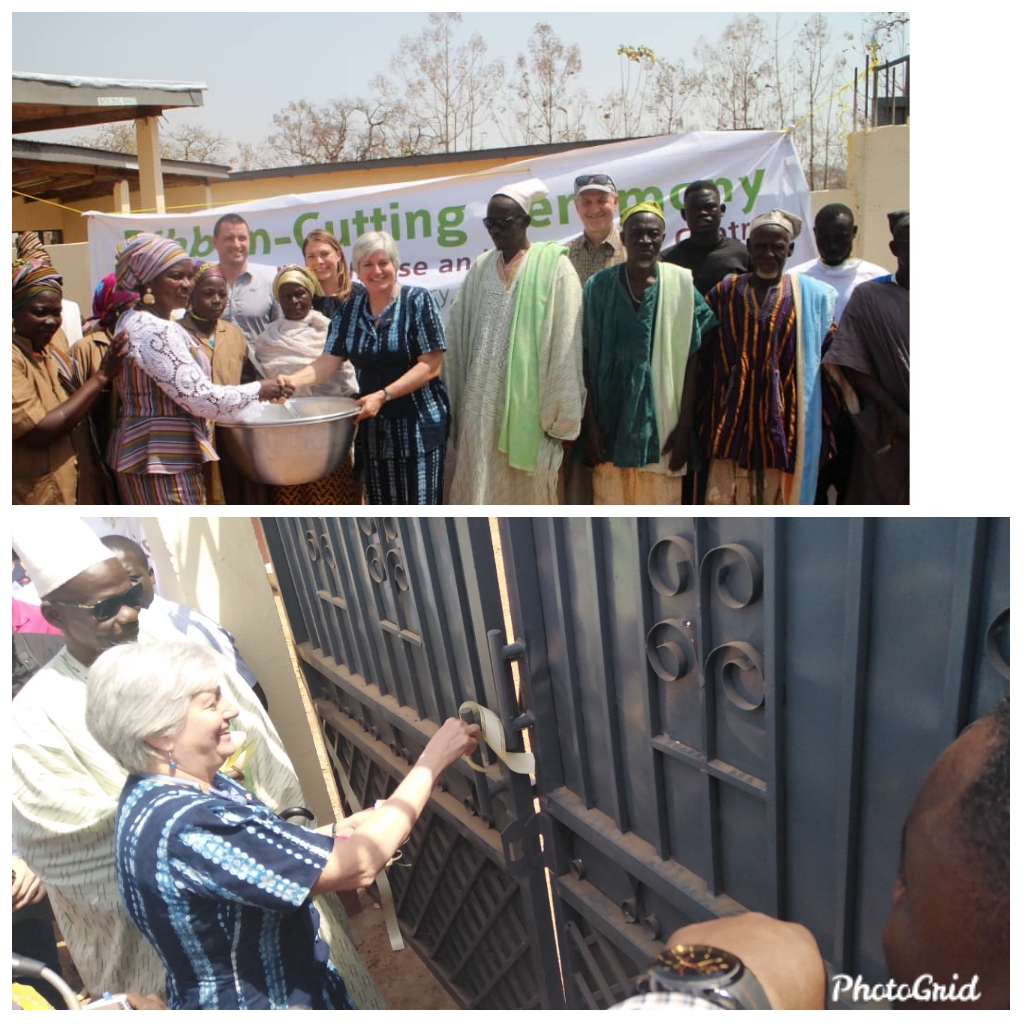 The United States of America in partnership with its partners has set up a shea butter processing center and warehousing facility at Sorogu in the Sagnarigu Municipality of the Northern Region.

The center will benefit about 600 Tiyumtaba women’s Corperative who collect and process shea nuts. Before the center, about 120 women in the community were collecting and processing shea nuts at Sorogu.

Speaking at the innuagrution ceremony of the center on Wednesday, the U. S. Ambassador to Ghana Stephanie S. Sullivan said the facility is part of U. S government efforts to partner with communities, companies, and non-profit organizations in West Africa to expand economic opportunities for women.

The Sorogu shea nuts processing facility the U. S ambassadors said was developed by the U. S. Agency for International Development (USAID) in partnership with the Burts Bees brand, owned by American manufacturer, The Clorox Company and the Savannah Fruits Company, a Ghanaain company.

She also handed over processing equipment to the leader of Sorogu Tiyumtaba women’s group.

Ambassador Sullivan commended the project partners, stating that ‘The opening of this shea processing and warehouse facility is an important accomplishment that demonstrates what is possible to achieve when we all work together’.

According to Stephanie Sullivan, Shea is a versatile product that unites shea collectors and processors in communities like Sorogu with millions of Americans and others around the world whose demand for shea grows with each day.

The ambassador told gathering that, consumers world-wide have an increasing  demand for shea to meet their needs for  cosmetics and other products that not only include natural, responsibly sourced ingredients, but also uplift communities and workers that make  those products.

The USAID through Public-Private Partnership (PPP) model Sullivan said is working with GSA, communities non-profit organizations and responsible companies since 2016 provided 250 warehouses.
The warehouses she added have generated increased incomes for more than 137,000 women across West Africa.

Savannah Fruits Company Managing Director, Mr Repheal Gonzalez expressed his gratitude to the women and assure that the company is always ready to buy.