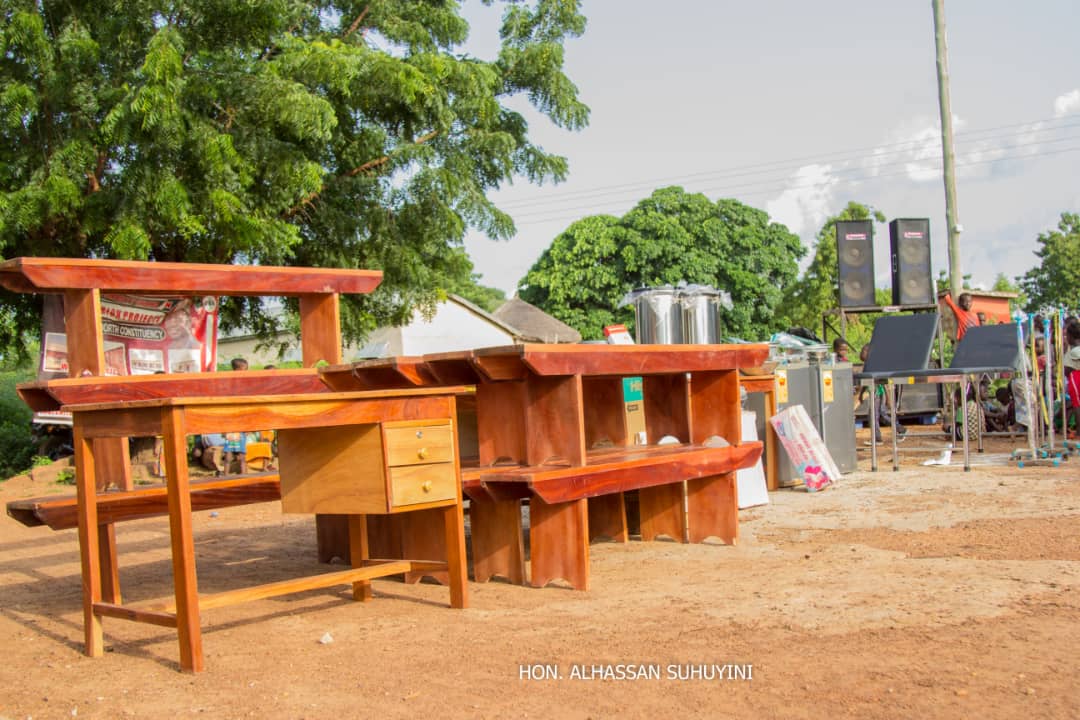 The Assembly member for Kulaa- Gbalahi Electoral Area in the Sagnarigu Municipality, Mohammed Muniru has hailed the Member of Parliament for Tamale North, Alhassan S Suhuyini for the several development projects he has undertaken in the area. According to him, he considers the MP as their hero, as he has done what the Sagnarigu Municipal Assembly has not been able to do, since the Acting Municipal Chief Executive, Hajia Mariam Iddrisu took over leadership in the Municipality.

He said the MP has not only assisted to get the community a health center but also supported in the sectors of education and agriculture.  Mr Muniru claimed that unlike the MP, the Sagnarigu MCE has not commissioned a single project in his Electoral Area, saying that if the MCE had done half of what the MP is doing, his Electoral Area would not be the same. He was speaking after the MP presented medical equipment to the Gbalahi and Ward K Health Centers.

“If the MCE could do half of what MP is doing, my Electoral Area would not be the same… Since I came in 2019, Hon Mariam has never commissioned a single project in my Electoral Area since then” the Assemblyman told Justicefmonline.com on Wednesday, September 1.

Mr Muniru said as an MP, Alhaji Suhuyini’s duty was to represent the people of Tamale North in parliament to enact laws for the Ghanaian people, adding that he as an Assembly man is left with no other option than to chase him with their development challenges because the Sagnarigu Municipal Assembly is simply not ready to address them.

“It is not the work of the MP to embark on development projects, theirs is to enact laws but ask yourself why have I left the person who is supposed to develop my Electoral Area while chasing the MP with our development issues? It’s because the Assembly and the MCE are aware of our challenges in this Electoral Area but she will not just work on them”he stressed.

“What Alhaji Suhuyini is doing and I am talking about it, it is not because I love him so much but we stand for people who are development oriented, if Hajia Mariam embarks on a single development project, I will project and hail her too but she just hasn’t ” Mr Muniru noted.