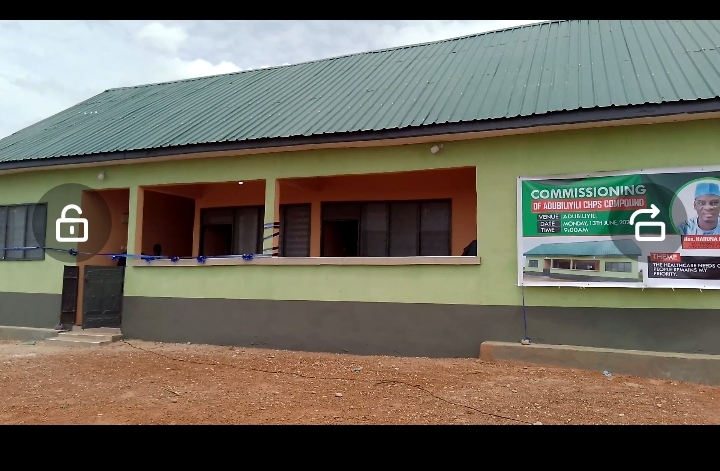 The Minority Leader of Parliament, Haruna Iddrisu, has commissioned a Community-Based Health Planning Services (CHPS) compound with essential medical equipment and supplies at Adubiliyili in the Tamale South Constituency.

The CHPS compound, valued at Gh¢400,000.00, formed part of the MP’s efforts to promote improved health care delivery in the area, especially among women and children.

Mr Iddrisu, who is also the Member of Parliament (MP) for Tamale South, addressing the community members, said the facility was built with accumulated savings from his Health and Common Funds and the MPs Common funds.

He said the CHPS compound formed part of his contribution to improving access to quality healthcare, especially in reducing maternal and infant mortality in the constituency and the country as a whole.

He urged them to own and maintain the facility to ensure access to basic health care services as well as promote good and healthy living in the area.

Mr Haruna assured constituents of improving agriculture, education, access to credit facilities by women, and growing youth unemployment which are still major concerns that need to be addressed.

The Health Director for the Tamale Metropolis, Dr. Hilarious Abiuw commended the MP for his efforts at improving healthcare services in the area. He said it was his wish to raise the facility into a higher health centre in future and, therefore, appealed to members of the community, opinion leaders and land owners not to encroach on its land.

Assembly member for the area Abu Haruna commended the MP for the support saying the facility will go a long way in addressing the health needs of the community.

”We are happy that the honourable member has given this our community a gift that all help everyone especially our mothers and sisters in terms of child birth”, he said.
Source: zaanews.com/Lilian D. Walter

Government urged to invest in women participation in Agriculture