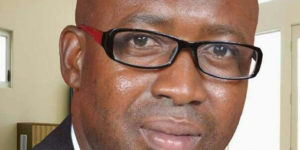 According to him, the livestock market at Buipe in the Central Gonja District capital is one of the most effective markets in the Northern part of Ghana.

Speaking to Zaa news’s Jonas Biawurbi at the sidelines of a stakeholder meeting with GDCA on the establishment of a modern livestock market in Buipe, the DCE said, over the years, the number of traders who patronize the Buipe livestock market has increased, adding that it has increased the assembly’s revenue generation as well.

He said, but for the leakages of the revenue collected from the livestock market, the assembly could have made more money than it receives now.

Mr. Mustapha noted that, the assembly knowing the benefits of the market, kept in place security measures to ensure the safety of traders, something he said attracts more traders from across the country.

Conflicts between Fulanis and Locals

Meanwhile there have been a continues attack and misunderstanding between fulanis and locals even though the country is benefiting from the livestock sector.

Conflicts between fulanis and locals is rampant in Ghana especial the northern part and is due to mostly accusations of herders animals straying into people’s farms.

This the DCE urged farmers and their relatives to always handle with care and make sure they use dialog to settle their differences.

He said, the fulanis need Ghanaians, same way Ghanaians need them, therefore there should be a peaceful coexistence.

On the negative perceptions and stereotyping of the Fulani group in Ghana, he disagree with the public’s perception that, they are wicked and dangerous. He admitted that a few of them are bad but the majority of them he said are harmless.

Mr. Mustapha said some Ghanaian locals in most cases want to take advantage of the fulanis by forcefully taking away their animals under the pretense of being sent by chiefs, something he said is wrong and must be stopped.

He noted that, such an act is one of the causes of conflicts between fulanis and locals because the fulanis feel frustrated for the continues request of animals.

As part of efforts to ensure there is access to markets by transhumance and also to boost livestock trade in Northern Ghana, Ghana Developing Communities Association, GDCA has teamed up with the Central Gonja District Assembly in the Savannah region to construct a modern livestock market in Buipe.

The new market when completed will provide all the necessary facilities needed by livestock traders to carry out their business and also provide security as well.

The Market according to the program coordinator of GDCA, Lukman Yussif will make available offices, loading park, a mosque, washrooms and water for the animals to drink.

Mr. Lukman also said that, the market will be wall fenced with a main entrance and an emergency exit.

The Central Gonja assembly has already provided land for the construction to commence in December this year.