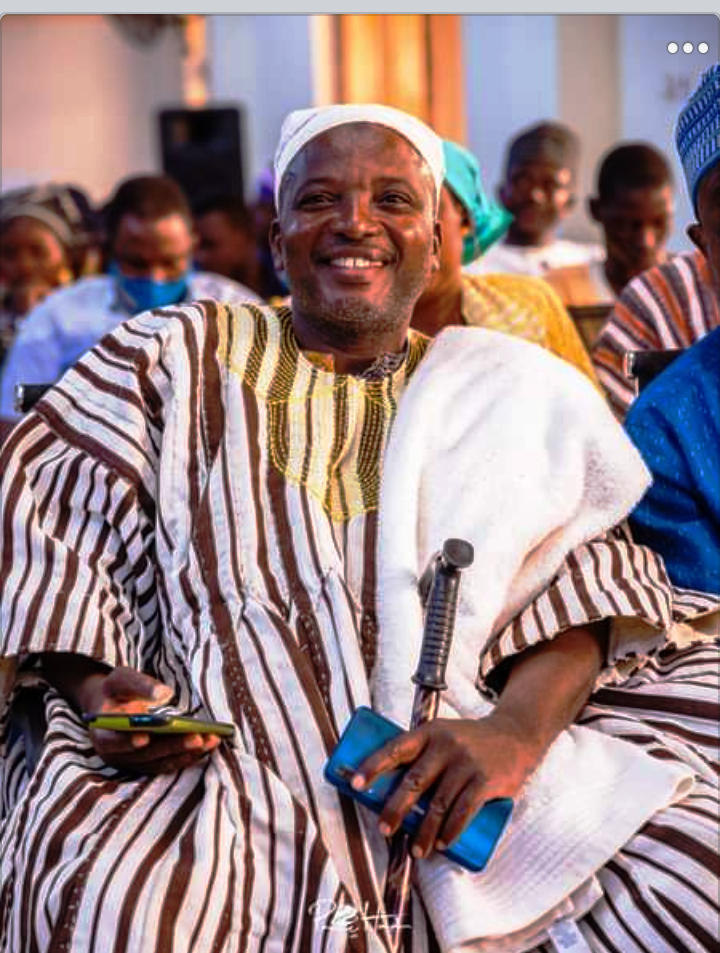 Dagbon Forum in a Press Release has responded to two letters coming from Konkomba Youth Association (KOYA) and Bassare Youth Association (BAYA) in reaction to a historical narration by the Northern Regional representative at the “Ghana Most Beautiful” show on TV3, Teiya.
Addressing the media in press release on Saturday, August 6th 2022, Sakoya-Naa Mahama Sintaro; National President of the Dagbon Forum, in a message to the people of Dagbon has stated that “nothing in Teiya’s presentation changes the course of history or the future of Dagbon. The responses from KOYA, BAYA and any counter response from Dagbon Forum (DF) cannot change anything either.”
He called on all groups to make efforts to rise above any form of pettiness and rather channel all their energies to making lives of all worth living for the current and future generations.

Below is a full statement coming from Dagbon Forum on the issue of Teiya.

“The attention of Dagbon Forum has been drawn to two letters emanating from Komkomba Youth Association (KOYA) and Bassare Youth Association (BAYA) in reaction to a historical narration by the Northern Regional representative at the Ghana Most Beautiful show on TV3, Teiya. Upon wider consultations, a decision has been taken not to respond directly to the two letters. Dagbon Forum holds the view that almost every historical event has more than one version or narration, so Teiya narrated the version her research yielded. She is entitled to believe in that version of the historical event, we also stand solidly by her while respecting the versions others also believe in.

We would want to put on record that Teiya is a brilliant young Dagomba lady who boldly came out to explore her talent through the contest.

She is not a spokesperson for Dagbon neither did all the views she espoused about the history of ethnic groups represent that of the entire Dagbon.

This message is therefore to assure ourselves as Dagbamba that nothing in Teiya’s presentation changes the course of history nor the future of Dagbon. The responses from KOYA, BAYA and any counter response from Dagbon Forum (DF) cannot change anything either.

However, the major preoccupation of Dagbamba is to remain focused, well grounded, to seek for the development of the area and also reach out to all neighbouring ethnic groups within the Dagbon Kingdom so that we collectively confront our common enemy that militate against the development and progress of our people. This is definitely not the time for us as ethnic groups to be engaged in back and forth exchanges on social media on whose ancestors were stronger or weaker; conqueror or conquered in the past. This doesn’t translate into any material benefit for anybody. We should all endeavour to rise above any form of pettiness and concentrate on how to make life worth living for our people and the future generations.

As far as we are concerned, history should be used to build and strengthen cordial relationships among ethnic groups especially those of us who have lived together for centuries and are affected by a common destiny. The greatest harm we can cause ourselves as neighbouring ethnic groups is to use history to destroy the peace, unity and love among ourselves. We are in the 21st century where it is absolutely needless to use history to sow seeds of disunity amongst our ethnic group, while ignoring the most essential matters that hold key to our future prosperity. The major concern of every ethnic group should be how we can build the capacity of our people in the emerging trend of globalisation and how we position ourselves to take full advantage of the opportunities in the educational, health, agricultural and other sectors to make life better for ourselves and the generations yet unborn.
We will continue to engage all stakeholders within the Kingdom for peace, prosperity and development.
Long live Ghana
Long live Northern Region
Long live Dagbamba, Komkomba and Bassare unity.”