I’m not surprised that I was re-elected, says Chief Sofo Azorka. 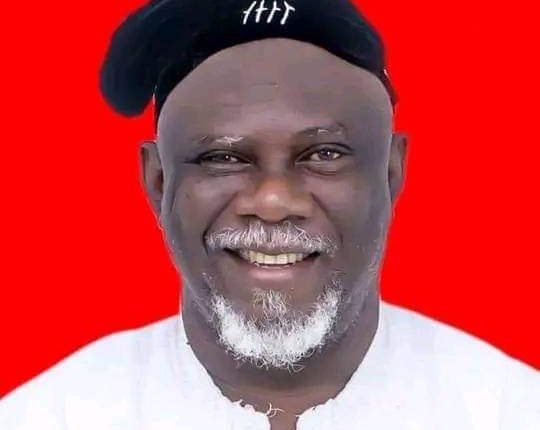 The National Vice Chairman of the National Democratic Congress, Awudu Sofo Azorka has disclosed that he is not surprised that he was re-elected as National Vice Chairman of the NDC. He further indicated that his research before the election had revealed that only three (3) NDC             Constituency Executives Chairmen declared that they were not going to vote for him because they meant to utilize their positions to accumulate fortune for themselves.

Chief Azorka as he is well-known by many made the comments when he appeared on Zaa TV’s One-on-One political talk-show dubbed – Lahabali Churi Kahigibu Saha, adding that only 25% delegates from the northern region did not vote for him merely because of money. Chief Azorka stated he only used five minutes of his time to campaign when he met the NDC delegates from his region. He said, his only message to the northern region’s delegates was that “they should vote him for the sake of God. “If I use God and campaign to you and you refuse, then you can keep your vote”, Chief acknowledges.

According to him, he wanted Aseidu Nketiah to win the NDC National Chairmanship position but he was questioned by the host of Zaa Tv, Alhassan Yushua Jahanfo why he was not in support of his immediate Boss Samuel Ofoso-Ampofo. His answer was that “politics is not a religion.”

Chief Azorka used the Zaa platform to describe H.E John Dramani Mahama as a “very mature and visionary leader” and he have confidence that the NPP will not get up to 30% votes in the Ashanti region come 2024. He has however used the opportunity to advise the NDC followers to come together after the Congress for utmost victory in 2024 and again appealed to the upcoming youth that they should not be in a haste to take over leadership positions.

He appealed to Hon. Haruna Iddrisu, the Minority Leader in Parliament not to have a section of NDC supporters as his followers but rather positions himself as everybody’s leader for all NDC supporters. In a jovial way, the NDC 1st National Vice-Chairman said he is confident he will get to the Presidency but with prayers. He added, “I used a white lady to track those who did not vote for me”

In his last statement, Chief Azorka made it clear that he has completely abstained from anything having to do with party violence.