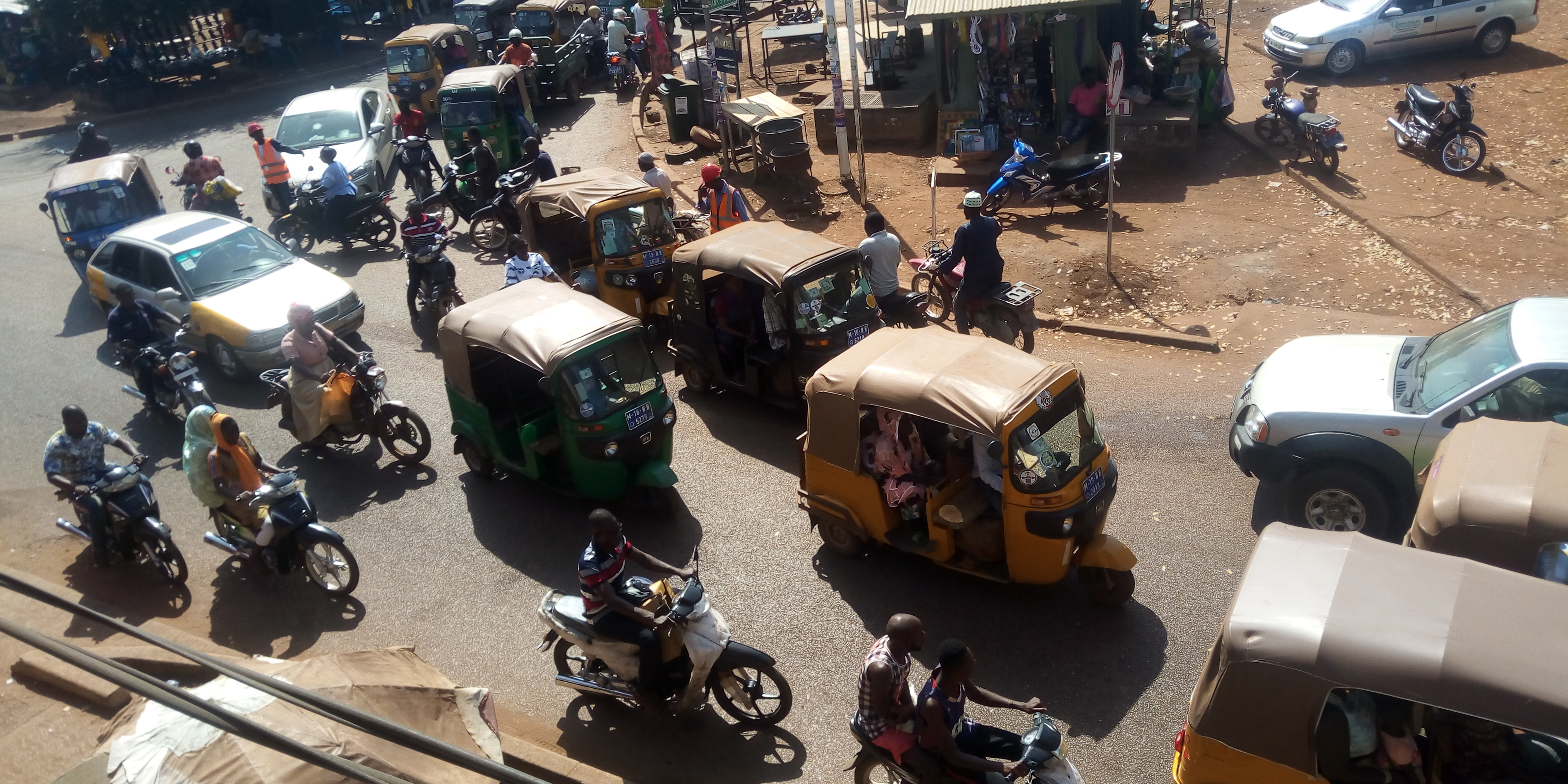 Last week, the Northern Regional department of urban roads issued a statement announcing the closure of the taxi rank/Zenith bank – Melcom junction, the third section of the Tamale Interchange construction.

Early this morning the closure took effect leaving road users frustrated as the diverted road have been congested causing traffic.

Drivers using the road are compelled to divert from access bank through Bank of Ghana to join the MtN road.

Bigger trucks coming in from the southern part of the country are struggling with smaller cars and motor riders for space. The influx of tricycles (yellow yellow) in the town has made the situation worse. pictures of the traffic

Even as the traffic is huge and serious, police officers are not present to salvage the situation.  The first section, the Dakpema roundabout – Central mosque and the second section, central mosque junction – taxi rank junction have remained closed making   Movement within Tamale town difficult.

Some drivers who spoke to Zaa news expressed their frustrations. For some, a different route should have been created for big trucks to relief the pressure on the single lane road.

“The way they have blocked the road, I think they made a mistake. They should have created a route from the teaching hospital side to divert the big vehicles to pass through the regional office to join the mtn road that would have reduced the pressure”, one of them said.

Others suggested that, the first and sections blocked already should have been completed before the third section is blocked.

“For me I think they should have completed the place they have blocked already before closing this one. That will have allow space for free movement but for this way, we are suffering, the traffic is too much”, another driver told Zaa news.

The closure is expected to last for the three years duration of the project.