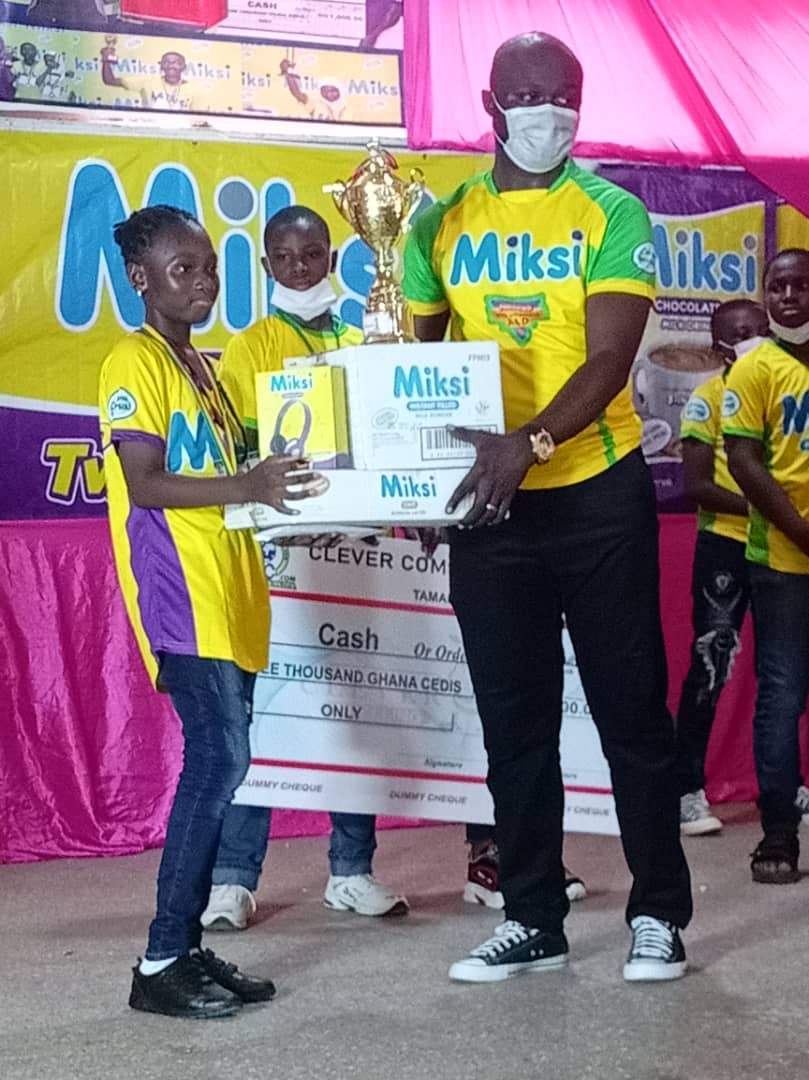 Invest in your children education- Professor Elliasu Alhassan to parents

A lecturer at the University for Development Studies Professor Elliasu Alhassan, has advised students in Northern Region to embrace the opportunities offered them to study hard in order to build a better future for themselves. According to him, education is key to achieving whatever goal one sets for themselves and urged it should be taken very seriously.
Professor Elliasu made this known at a clever word spell grand finale, organized by clever competitions.com with funding support from Miksi Choco. The competition brought together pupils from various JHS’s and primary schools in tamale to compete for a grand prize of 3,000 Ghana cedis alongside some souvenirs.
Professor Elliasu urged parents to get involved actively in their wards educational life and be very observant of their children. He encouraged a conducive environment to be made available for kids at home, in order for them to learn more effectively.
The chief executive officer of clever competitions.com Issahaku Abdul Kadir in an exclusive interview with Zaa news urged parents to allow their wards get involved in educational programmes to help shape their cognitive psychology. He said his outfit had observed most children in northern region face some difficulties with regard to word spell hence the reason for the competition.
The clever competition is an annual event organized by the NGO to help children improve on their spelling abilities and also aid them in learning concepts, improving on their comprehension and developing study skills.
At the end of the competition, for the primary school level, Suleman Faith a pupil from Fachi Little flower placed first, Naa Dei NeeQuay from SOS herman Gmeiner school came second while Herbert Nartey from St Adelaide school was awarded the third position. In the jhs category, Sulemana Deishini a pupil from Dahinsheli JHS placed first, Hamdu Labib Ulfah, a Tamale presby JHS pupil came second while Tamimu Mohammed, a pupil from grace Holy Child Academy placed third.
By: Yasmine Ahmed Kanton/zaanews.com/Ghana