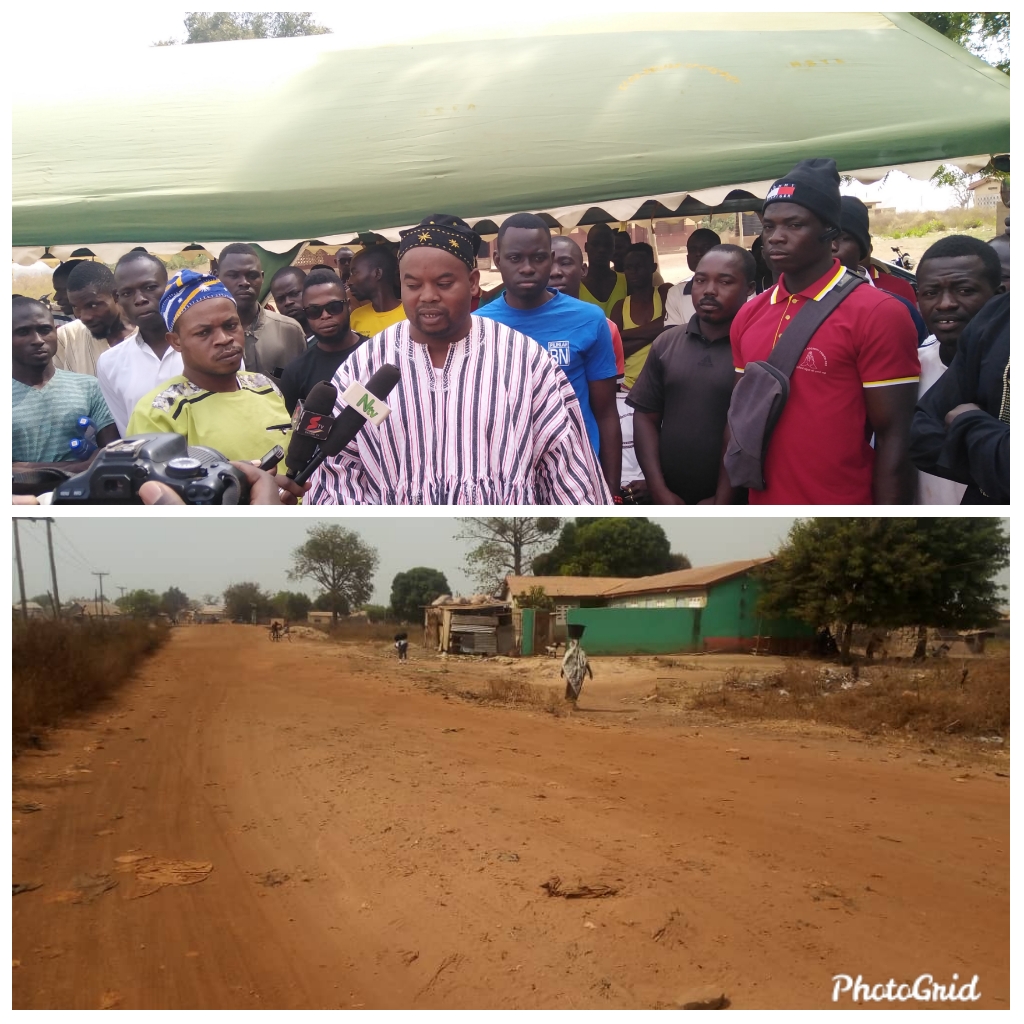 Residents of Kulnyevilla, a farming community in the Sagnarigu Municipality of the Northern Region have given the government a one month ultimatum to put the only road linking them to the major cities into good shape or face their wrath.

Community members said their persistent appeals for help fell on deaf ears and they were therefore ready to fix the road but no government officials and political parties dare step foot in the area to seek their votes.

The deplorable road network stretching from Gbamaya, Dungu Kukuo to kulnyevilla  in the Sagnarigu Municipal was last graveled in  1993. Frustrated in 2016, the residents mounted pressure on the former NDC government and the road was reportedly awarded to a contractor. However, the contractor ,the resident said visited the site and left leaving the road worse than before.

They explained that the contractor put up a bridge in a major storm drain  and left it after the NDC lost power in the 2016 elections. The residents mobilized funds to gravel the bridge to enable motorists to drive across hoping that the Municipal assembly will intervene but their hopes were dashed when the assembly did not respond.
Since then residents in the area have been struggling with the bad state of the road which has causes the death of locals almost every year.

The present stage of the road according to the residents not only poses a challenge to trading and economic activities for the people in the communities, but is also a death- trap for drivers and traders who use the road daily.

This, the residents made them wonder whether their communities which is peri-urban were  part of the country.

Dakpem Dema-Naa said the  affected communities have over 6000 registered voters who consistently  over neglected years exercised their franchise in all the national elections but both elected and appointed political heads turned their deaf ears to their plight.

The Dakpem Dema-Adam Musah recalled that the previous NDC government left the major bridge after losing the 2016 elections and the community members contributed money to gravel it to make it accessible.

Women in the community expressed their disappointment at the Municipal Chief Executive for Sagnarigu, Iddrisu Mariam for disrespecting them and reneging on her responsibility.

According to the women, they were shocked when they went to the MCE house purposely to put before her their concerns about the terrible road but the MCE refused to come out to attend to them. Instead, according to the women, she rather called the police for protection when their mission was just to tell her what they were going through.

Narrating their concerns to Zaa News, the women said when it was clear they were harmless,  she came out after keeping them waiting for several hours.
The worried  women said they begged the  MCE  to visit the area so that she can have a better appreciation of their situation but she refused.

The petty traders made it clear that if the government fails to fix their road, they will use their little earnings to help the men to fix the road as they have done in the past.
The road according to the women can cause premature births because their means of transport is not like the politicians who drive in expensive cars fueled by the tax payers.

They gave a firm commitment to support the men reminding politicians that their thumbs remains theirs come 2020 general elections.
‘ This road ia our major problem. We are solidly behind the men and ever ready to contribute, the women said.

What we want the government to do for us is to put our road into good shape. You will nicely park your items and before you get home everything is messed up.
“The bitter experience of this road is during raining season, you will manage to get to the market in Tamale and when it rains, no tricycle operator wants to go to our community.
We lost some of our colleagues in the major storm and we can’t continue this way’, the frustrated women lamented,” the women said.

The Two Presidents Are Political Animals