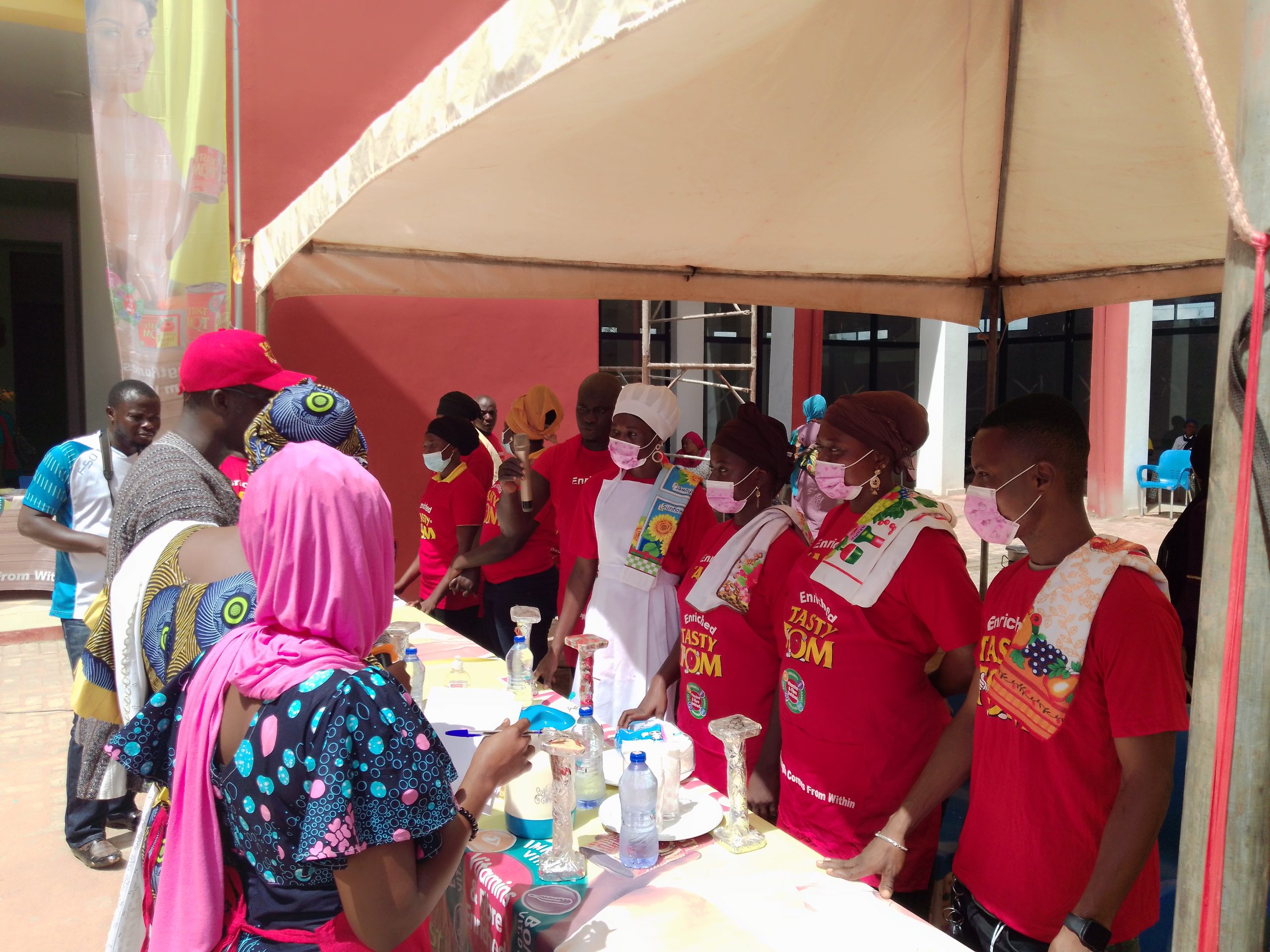 Tasty Tom, by Nutrifoods Ghana has once again partnered Zaa radio/TV to hold the second edition of the Tasty tom cooking competition in Tamale. The competition was won by Make-up Artistes Association.  Interestingly, this second competition saw four groups including men battle it out at the forecourt of Zaa radio/TV for the enviable title as the best cooking group in Tamale.

The groups made up of four individuals including men were selected from each of these groups; Choggu–Jisonayili zone, Ghana Hair dressers and beauticians Association(GABA), Sakasaka zone, and Make-up artistes Association to represent in the competition. The event saw a crowd of over thousands of residents, family members and fans to support various groups.

There were other activities like dancing competition, trivia among others with participants winning lot of prizes from tasty tom. The champions won with their mouth-watering Waakye with stew and a local beverage (sobolo). Categories for scoring the competitors were taste, timeliness, team work, and neatness. Thanks to tasty tom, all competitors from the four participating groups went home with tasty tom products.

The groups also prepared local drinks such as sobolo, ginger drink, tamarin drink among others. Sakasaka zone, GABA and Choggu –Jisonayili emerged second, third and fourth respectively. Godwin Kofi Anthony is an Events and Activations Executive at Nutrifood Ghana Limited for Tomato paste and he explains the rationale behind the competition. He said the competition is a way of improving the cooking skills of young women. It is also a way of reaching out to customers at the grass root level to get feedback on the products in order to improve quality of products. He was however excited to see thousands of people attend the program as compared to the first competition, saying Tasty tom will continue to provide quality and healthy products for the general public.

The next competition he revealed will take off in the last Friday of October, 2021 and people should expect more excitement, entertainment and giveaways from tasty tom. The crowd was educated on the nutritional value and benefits of consuming tasty tom products.

A contestant from the winning team (Make-up Artistes Association) on behalf of her colleagues commended tasty tom and Zaa radio/TV for the move and prayed for more of such competitions. She said such challenges will give them the opportunity to better their cooking skills.