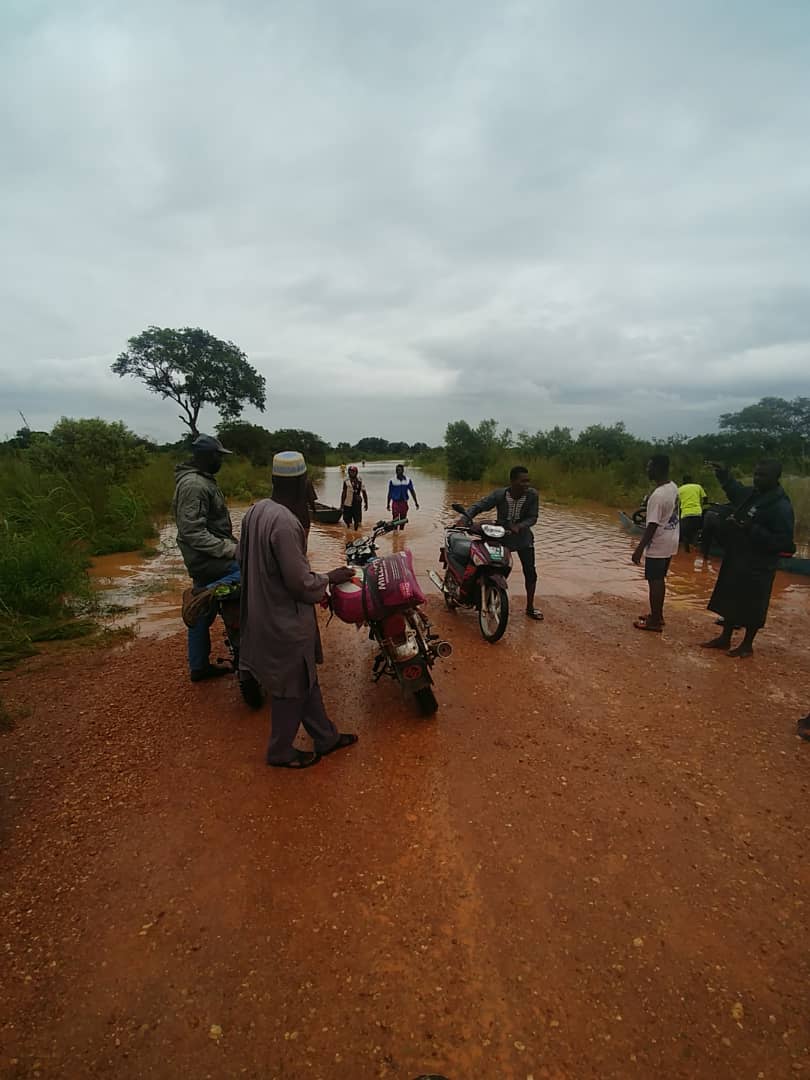 Over 50 farmers wipe off by floods in Sabare

Over 50 farmers in Sabare Number two in the Zabzugu district of the Northern Region have had their farms destroyed by the recent flood that hit northern Ghana.
The affected farmers had their yam, rice and maize harvests wiped out by the torrential rain made worse by water from the Bagre Dam spillage.

Communities along the tributary of River Oti in the eastern corridor in the Northern region were badly hit by the floods.
Assembly man for Sabare electoral area, Mr Awal Haruna told Zaa News that the community was cut off from adjourning communities making daily activities of the people difficult.

The district National Disaster Management Organization Mr Awal said visited the area and took stock of farmers whose farm produce were affected.
According to him, even though no life was lost, a household was relocated to safer grounds after it was submerged in water.

The water, he added has subsided a bit with people now crossing with canoes while others  walking through though that was risky.