Poverty is the oppressor in the north-Stanbic bank Ag. head of commercial banking 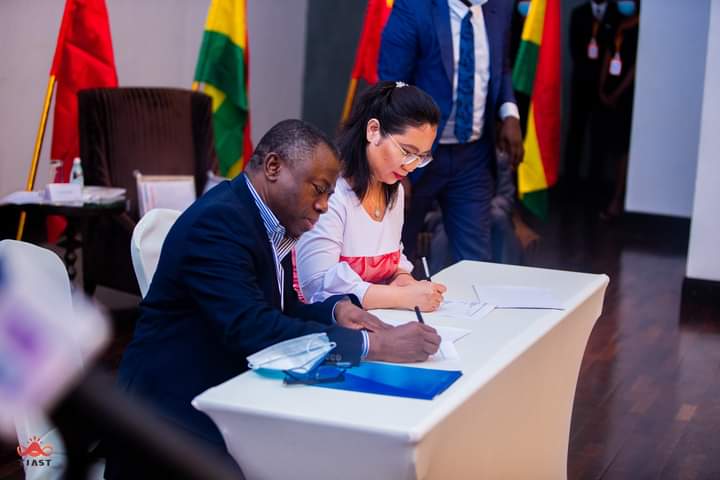 Acting head of commercial banking at Stanbic bank, Mr. Abdul Jaleel Hussein has called on the people in northern Ghana to show keen interest in commercial farming. Mr. Husein said northern Ghana without crude oil, is blessed with abundant arable land for agriculture purposes which can pull the people from abject poverty.

He is of the view that the most oppressor in northern Ghana is poverty and is only agriculture that can liberate the people, insisting agriculture provides the people of the north a might to resist poverty.

Speaking at the opening of a conference organized by Torchbearer International Agricultural Investment and Management (TIAST Group in partnership with Stanbic Bank in Tamale, Mr. Huseinl said after the country commercializes farming, the next step should be industrializing the sector.

Ghana, he said is the second largest when it comes to cassava crop cultivation of about a million hectares with northern region being third producer after maize and yam.

He reminder stakeholders that agriculture is a multi-stakeholder issue and encourage government agencies, private sector investors to join forces to help utilized the opportunities in the sector.

Ghana, she said has huge potential of feeding starch factories when farmers turn their attention to cultivate cassava but lack resources and technological expertise to utilize it.

Covid-19 fight; over 100 markets disinfected in the northern region

Half of cassava produced in Ghana left to waste -Ayensu starch factory C.E.O points out