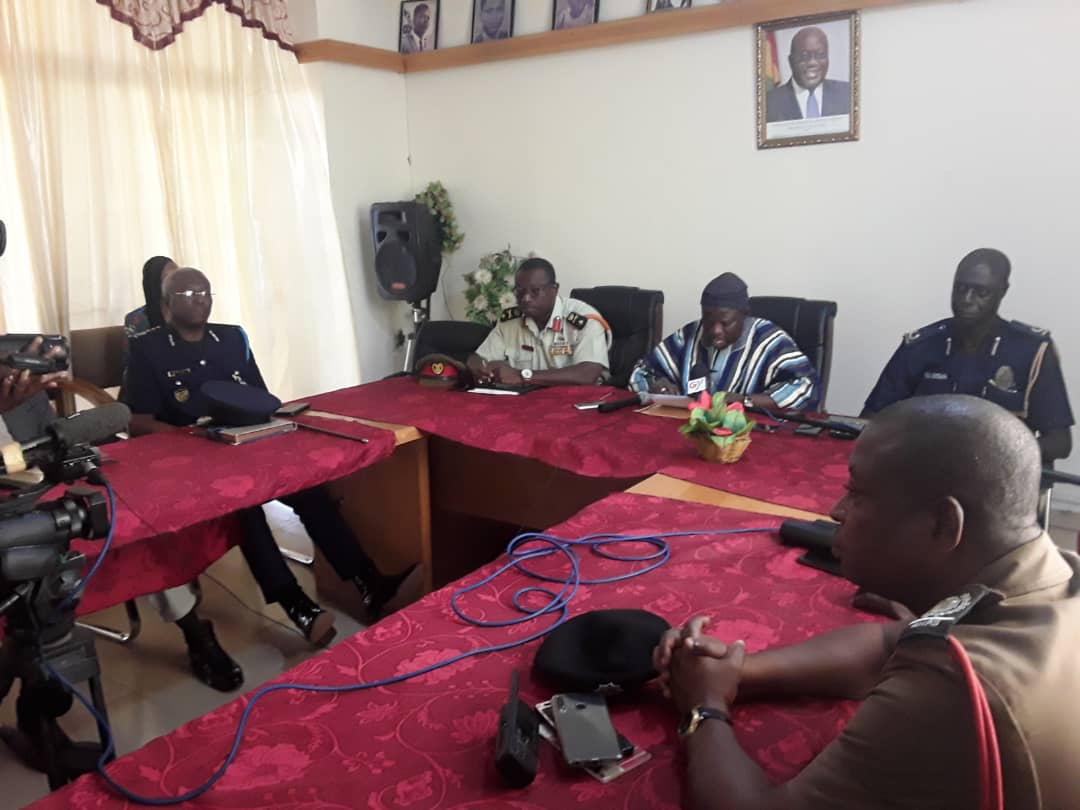 Regional Security Council launches another operation to deal with crime

Northern Regional Security Council (REGSEC), has launched another operation dubbed; “All Out War” against criminals in the region.

This is the second security strategy adopted by authorities to clamp down on criminals terrorizing residents in recent times.

The new operational strategy follows growing insecurity in the region with new tactics adopted by the criminals. REGSEC said they it cannot allow few people or individuals to send the region backwards when the region is enjoying peace.

At a press briefing, the Council mentioned concerns about recent car snatching, communal disagreements between residents in Maleshigu in the Sagnarigu municipality and Kumbungu, the murder of a police officer and Friday violence that erupted at Bagurugu in the karaga district as some of the worrying security threats.

Chairman of REGSEC, Mr. Saeed told the media that Operation All Out on criminal elements will go into action with full combine security agencies deployment on roads and in communities at all time.

The council, Mr Saeed said, need maximum cooperation from the public, traditional rulers to deal with the new crime which is gaining grounds in the region.

Responding to questions on the absence of the military in the operation Calm Life, the General Officer Commanding Northern Command, Brigadier General Moses Mohammed Aryee said their involvement is essential to complement the efforts of the police.

‘If you see something, say something’ general Moses Mohammed Aryee urged residents in the region.