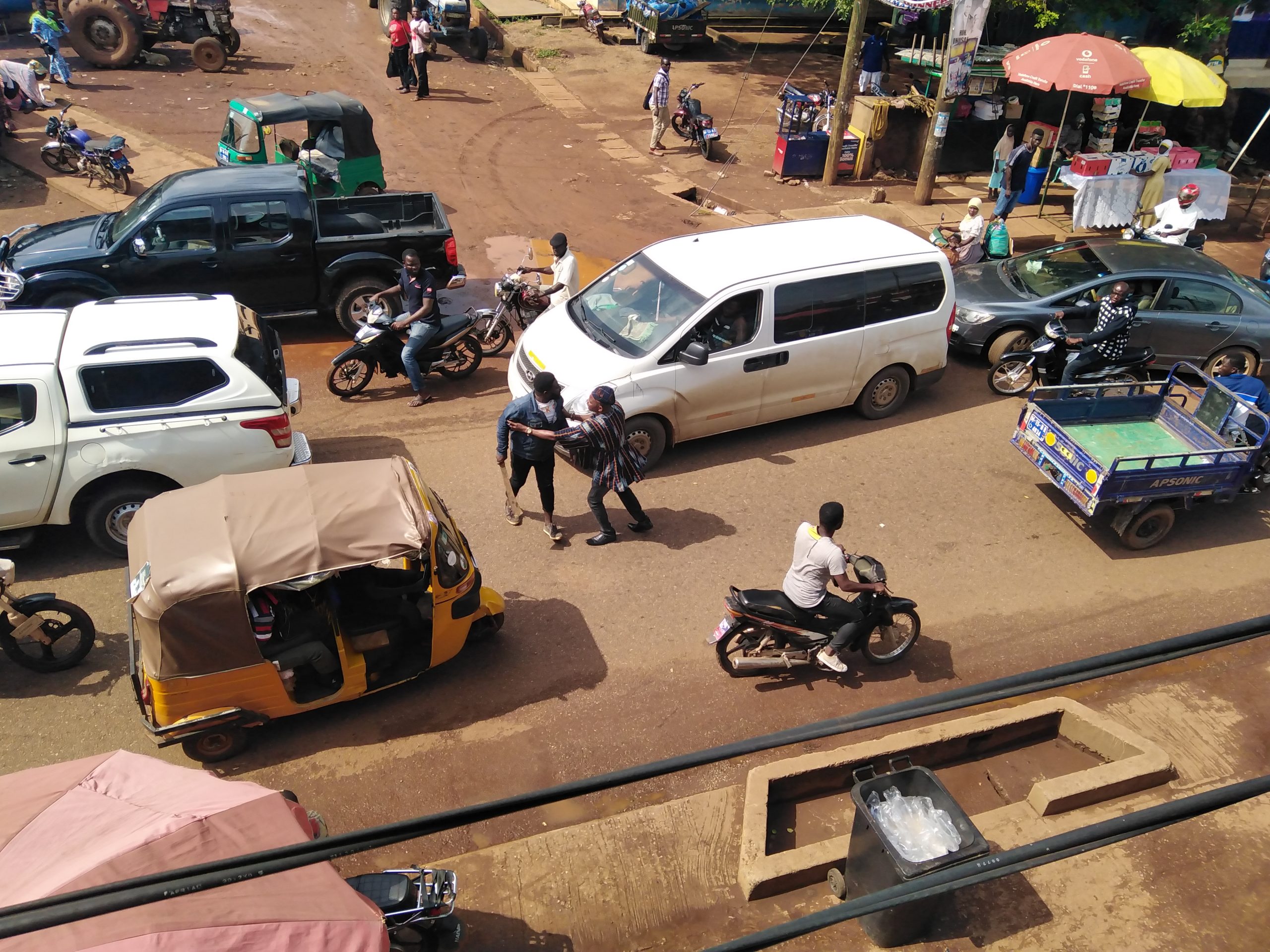 But for the timely intervention of Northern Regional Director of Road safety Authority Mr Alexander Ayettah, a tricycles operator will have lost his live in a scuffle ensued between him and water tanker driver.

The tricycle operator was reportedly crossed a lane of the water tanker driver at one the busiest intersection in the Tamale metropolis angering the driver to momentarily stopped all vehicles.

The angry tanker driver pulled out a machete to deal with the tricycle operator on busy Friday morning at Dagomba Street but the timely intervention of the road safety director save what could have turned bloody.

The incident occurred about 9:30am Thursday morning at Dagomba Street around the Tamale main post office.
The intersection is noted for chaotic scenes almost every day especially, rush hours amidst the ongoing construction of the Tamale overpass /interchange.

The shouts of bystanders calmed the nerves’ well-built’ tanker driver.
The road safety director made a   stop on his way to Damongo in the Savannah Region to plead with motorist to respect road safety regulations.

Zaa News captured a live threating situation both on video and picture showing the angry driver moving with all forces to deal with the tricycle operator.