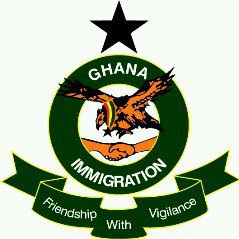 Officers of the Ghana Immigration Service on Wednesday 8th September, 2021 intercepted two Burkina-be Nationals during routine patrol duty at Bitchabe, an unapproved route at Tatale in the Northern Region. The suspects were carried by Togolese “Okada riders” and on seeing the patrols team, they ran in to the bush.

The officers chased them and arrested them. The officers conducted a search on them and found Twenty-Seven Million CFA (27,000,000CFA) which is equivalent to Two Hundred and Eighty-Three Thousand Ghana Cedis (GH¢283,000.00). Upon interrogation, they said they were coming from Togo (Sokode) and transiting to Abidjan (CoteD’Ivoire) for a visit.

They offered a bribe of Two Million CFA (2,000,000CFA) which is equivalent to Twenty Thousand Ghana Cedis (GH¢20,000.00) but the officers declined the offer. They indicated, when questioned, that they were businessmen who buy rice from Ivory Coast to Togo. The two suspects both males, who are 27 and 28 years respectively, are currently in custody pending further investigation.

The Ghana Immigration Service is, on this note, encouraging the good people of Ghana, particularly, those living along the borders to volunteer information on irregular migrants to help curb various cross border crimes. This was contained in a press release from the northern regional Public Affairs Unit signed by Assistant Inspector, Christian Kobla Kekeli Zilevu and copied to Zaa news.