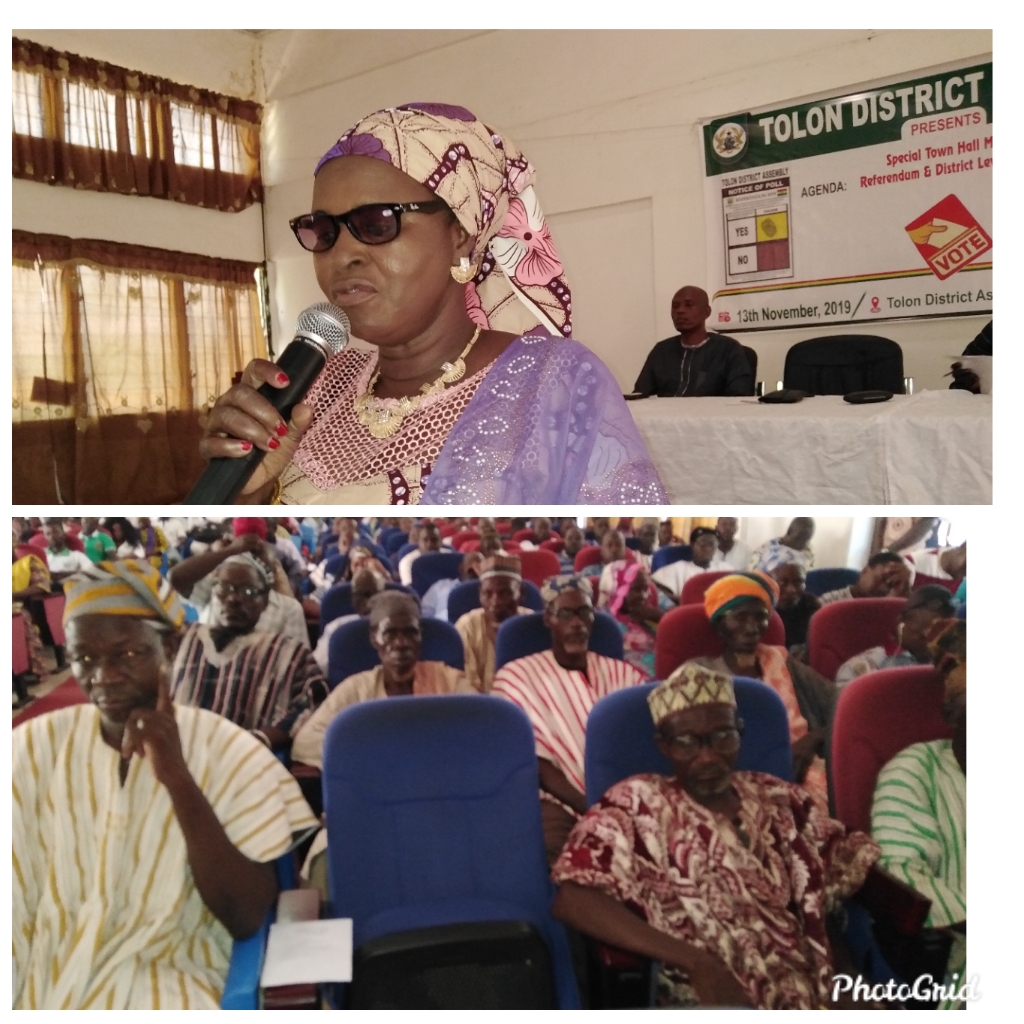 She believes electing Metropolitan, Municipal and District Chief Executives (MMDCES) will also give the citizens the opportunity to make inform decisions in the day-to-day activities  of the assemblies.

Addressing a special Town Hall meeting on the 17th December referendum, Haji  Abukari Balkisu  said the confusion on the referendum in the citizens minds, hence there need for mandated state institutions to clarify the issues.

She reminded the people that even though the current state of the Assembly elections is none- partisan, it is an open secret that aspiring assembly members are active members of political parties.
Hajia Balkisu said the up coming referendum  is in fulfillment of the president Nana Akufo-Addo led government campaign promise of bringing governance to the door steps of the people.
The Tolon DCE explained that  electing DCEs will also help address agitations by party member who with little problem calls on the president to sack the DCE.

She commended the former assembly members whose tenure elasped on 7th October 2019 for contributing their qoata to the development of Tolon area.
She is hopeful that whoever emerge as a winner  will continue the good work of the later.

She explained that her outfit organized the hall meeting  for major stakeholders to clarified  the confusion  that has characteristised the yet to held exercise.