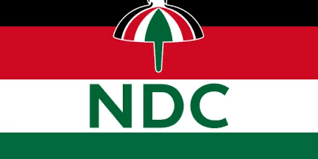 The National Democratic Congress, NDC in the diaspora have sent a strong signal to the Electoral commission (EC) that it will resist any attempt to disenfranchise qualified voters ahead of the 2020 general elections.

In a statement issued and signed by its executives, they noted that, actions by the EC is clear about its intentions to favor the ruling government in the upcoming presidential and parliamentary elections.

“As it’s turning out, the Electoral Commission headed by Partisan Mrs. Jean Mensah is anxious to disenfranchise many qualified voters ahead of the 2020 elections to maximize the chances of their pay masters” the statement said.

The statement also indicated that, the CI presented by the EC to parliament to compile a new voter’s register “is very striking and leads to only one conclusion: there will be no level playing field, democracy would be traversed and election is to be rigged”.

It also accused the NPP of attempts to rig the 2008 elections which couldn’t happen.

“In 2008, the NPP set to rig the presidential and parliamentary elections but were woefully embarrassed leading to the first failed attempt by Nana Akufo Addo to win the Presidency of Ghana” the NDC said in their statement.

They also alleged that, the President, Nana Addo Dankwa Akufo Addo did not win the 2016 elections genuinely, reasons why his government is yet to gazette the election results.