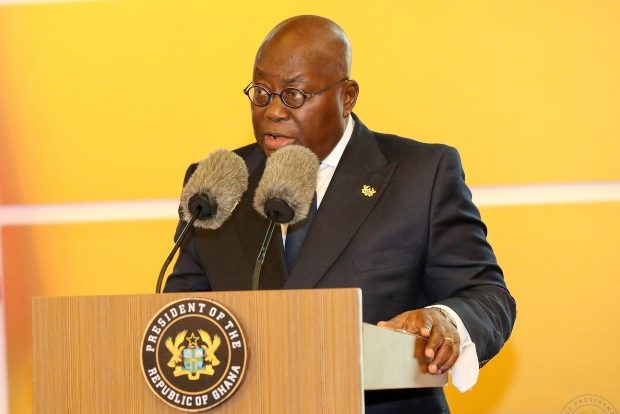 It was doomed long before it even started. Billed as an opportunity for the President to appraise Ghanaians of his achievements, goals and policies, going forward, Tuesday evening annual presidential press conference at Jubilee House was a huge let down and a complete departure from the norms.

Before a large gathering of sycophant reporters, the President, Nana Akuffo Addo did not only disappoint, he was arrogant, standoffish, combative and utterly detached from reality.

The entire event, long and tedious as it was, saw Mr. Addo engage in self-adulation — endlessly praising himself, take potshots at his political enemies and dare anyone who doubted his lame claim that the economy was doing well, to provide evidence that proves him wrong.

He touched on all the usual policy issues; the economy, free education, healthcare, drones and trade. Basically, it was a rehash of what he said last year, just with a few additions.

As is his wont, his modus operandi, Mr. Addo once again promised Ghanaians that he was hard at work trying to make their lives better but never assured them that he is working just as hard to combat corruption which has increasingly become pervasive in his administration.

Honestly, if Nana had his way, he would have called off the conference, cancel it altogether. His lack of interest in the proceedings was apparent, and abundantly reflected in his half-hearted answers —15—out of what was originally said to be 70 — about important issues affecting Ghanaians.

When a reporter asked him if he had painted a rosy picture of the economy just to score points, the President vehemently denied it. But the facts do not bear him out.

It may be recalled that barely four months ago, Mr. Addo was on record as saying that the economy was doing great and indeed quoted figures courtesy of the ministry of finance and economic planning to support his argument.

The low point of Tuesday’s press conference was the President’s pathetic assertion that he preferred flying drones to deliver medicine than investing in guinea fowls.

It is hard to read an individual’s mind; what will prompt the first gentleman of the nation to stoop so low and come off sounding like a juvenile?

I will attribute Mr. Addo’s ugly outburst to the anger that swelled in him after former President John Mahama had ribbed into his drones project. Nana was pissed off, very angry. Nana has every right to be mad, especially so, if a bitter rival tries to score political points at your expense.

However, as president, Mr. Addo ought to know better; he should be cognizant of the fact that Presidents are supposed to act a certain way, to conduct themselves above reproach.

But Mr. Addo failed miserably in that realm. There was absolutely no point in bringing up the guinea fowl scandal, one that stained the Mahama administration. The unfortunate comparison made Nana look cheap.

Overall, the President’s performance at the press conference left much to be desired. He failed to convince Ghanaians that salvation is on the horizon, that their days of chafing under harsh economic conditions are numbered. Instead, what Ghanaians saw on Tuesday evening was an arrogant, self-conceited man bent on puffing up his political legacy.