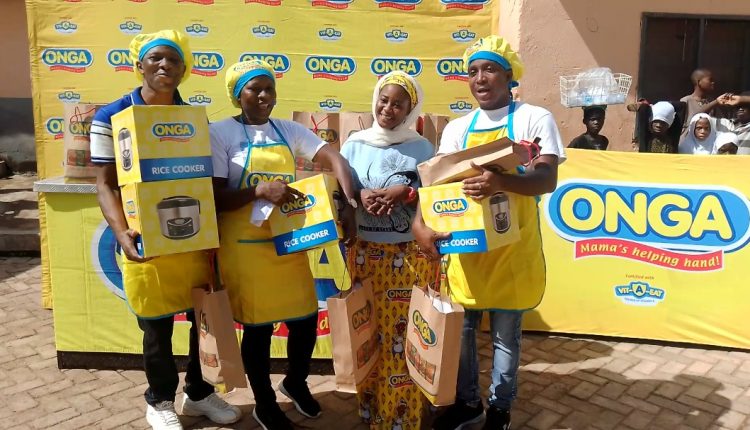 SOS school has won another exciting cooking challenge organized by Onga Ghana in collaboration with Zaa Radio in Tamale.

The contest had five schools battled it out at the forecourt of Dakpema Palace for the desirable title as the best cooking group in Tamale. Four teachers and students were selected from each of these SoS. HGS, Central Lyceum, Fachi Little Flower school complex, Faith hill community school, and Golden Touch Beauty Center. The event saw a host of residents; family members and fans support various schools.

There were other activities like dancing competition, trivia among others with participants winning a lot of prizes from Onga. The champions won with their mouth-watering Dawadawa jollof rice.

Categories for scoring the competitors were taste, time management, appearance and neatness, nutritional relevance of ingredients, tools handling and organization, creativity, and presentation. Thanks to Onga, all competitors from the four participating schools went home with Onga products.

Contestants from SOS thanked Onga and Zaa Radio for the move and prayed for more of such competitions. They say such competition will give them the opportunity to better their cooking skills.