The plight of Chereponi SHS Students of the Chereponi Senior High School has asked the District Chief Executive to  intervene to ensure that  the numerous challenges confronting the school is address.

The students put before the DCE intermittent power supply to the school saying it is affecting their studies and pleaded for at least a standby generator as a short time measure to ameliorate their suffering.

Senior prefect of the school Mr Gomda Sayibu said they can’t study at night and fear with the dry season sets in, the condition of their dometories will be unbearable.

The students who took turns to present their predicaments before the DCE during the meet the press also appeals to government to post more to the school and assist construct a dinning hall for them.

According to the students,  since the renewed ethnic disturbances some of their teachers left and had shown no sign of returning.
The school currently has no physics and economics teachers.
Zaa News checks revealed that the school relies on an economics teacher from Dagbon State technical to teacher  to provide weekends tuition to Chereponi SHS.
The students said they suspect the remaining teachers given opportunity will also vacate the school because fragile nature of the area.

Both physics and Chemistry laboratories the students lamented has nothing to teach them practicals.
Head master of the school Mr Bukari Ahmed who corroborated with the student told Zaa News the school need urgent government intervention.
According Mr Bukari the only dometory block housing the girls is congested with girls struggling with bedbugs.
A total 1, 465 students with boarding students being about 1, 100 students, Mr Bukari stated.

The boys he added are leaving in a six room dometory.
The ministry of education through GetFund should at least provide us a one-story gilrs dometory to add to the one the girls are living in no, Mr Bukari appealed.

But the District Chief Executive for Chereponi, Mr Abdul Razak Tahiru has assured the students of the government commitment in addressing their problems.

Effects of conflicts on students performance

According to the DCE, over the years the performance of students in Chereponi were not all that bad but  the conflict affected both Junior High and Senior High schools in 2018 results.

However, the DCE said even though overall performance is yet to be made available to him, individuals results he sighted indicated that 2019 may be better than 2018.
‘Due to the conflict in June 2018, there has been some poor performances’ Mr Abdul Razak lamented. 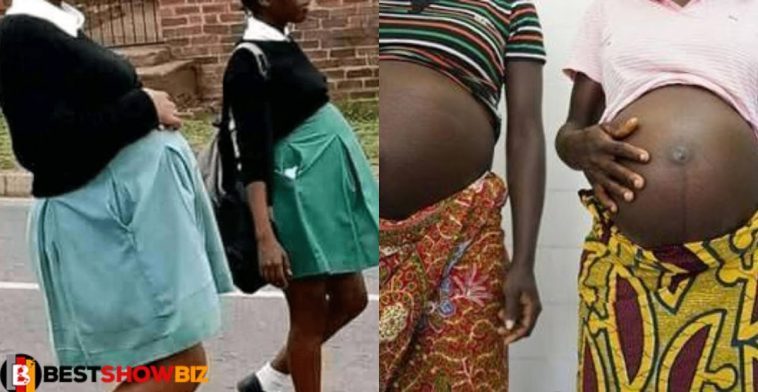