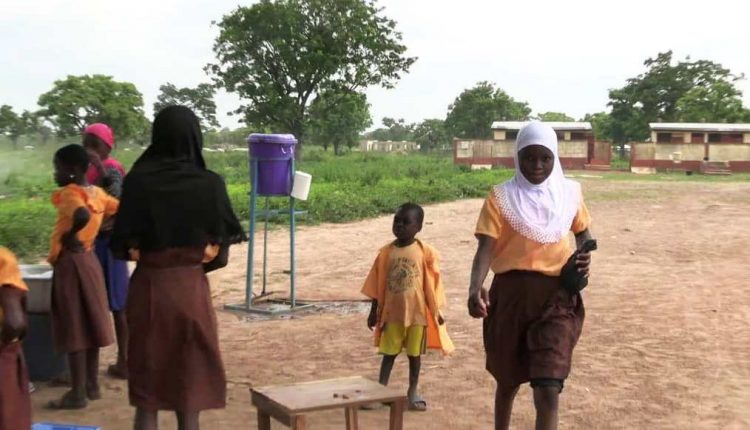 The league table was an initiative of the Zabzugu Environmental Health Unit and District Inter-Agency Coordinating Committee and Sanitation Unit with support from World Vision. This league table is the second edition in the Zabzugu District aimed at educating and encouraging both children and school authorities on the need to keep the school environment needy and safe for teaching and learning purposes. It is also to ensure that Water, Sanitation and Hygiene (WASH) facilities provided by both the assembly and World Vision are properly taken care of by managers of the various schools and community members for safe use by the pupils/students.

The Zabzugu District Environmental Unit and World Vision say that their misuse of existing WASH facilities is discouraging and urged 72 basic schools head teachers in the district prioritize the health of the children in their schools.

Some neatly constructed WASH facilities in some schools; the unit observed was kept untidy. The District Environmental Health Officer, Mr. Mahami Iddrisu who presented the assessment tool of the league table before presentation of prizes to deserving schools in the Zabzugu applauded World Vision for its continuous support in that sector to ensure that basic school’s sanitation is improved so as to prevent the school children contracting sanitation related diseases.

Kalegu JHS Health Club Coordinator, Mr Haruna Zakaria told Zaa News that, cleaning is now a daily routine of students and it has been internalized in the school so as to it sustainable. He said this is done to ensure that the washrooms are kept tidy and safe for use.

Abdul Rahman Rashida of the school health club said their effort makes the school environment very neat and promised that they will continue to encourage each other to always ensure that the school comes top as best water, sanitation and hygiene school within the district.

Explaining what necessitated their support to institute the award scheme, Acting Cluster Manager of World Vision for Saboba Cluster, Mr Amos Issifu said, as a childhood organization with the focus on wellbeing of children, it places importance on water, sanitation and hygiene situation at the basic schools., the School Sanitation and Hygiene League Table (SSHLT) according to Mr Amos, is an innovative approach to improving Sanitation Hygiene Practices in the Zabzugu District.

The award scheme for the top 3 schools involving 17 Junior High schools he explained was an intervention that created positive competition among the schools that motivate schools in the district to adopt and maintain improved sanitation and hygiene practices in the schools such as regular cleaning of latrines and maintaining functional hand washing facilities.

“In one of the monitoring we realized that the purpose of providing WASH facilities was being defeated by the way and manner the beneficiaries are handling it; the urinary and the toilets all are messed up’’ Mr. Amos explained. The facilities provided he said were not safely separate fecal matter from the children because even the walkways were engulfed with filth.