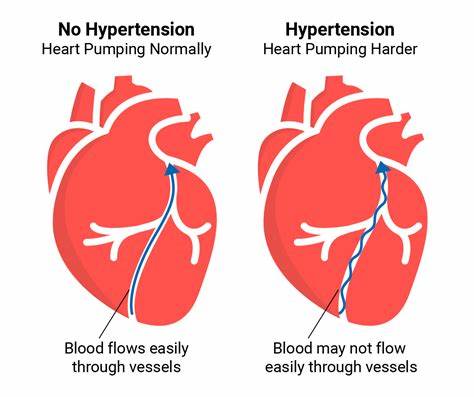 A Physician Specialist and Head of Chest unit at the Tamale Teaching Hospital Dr Abdallah Iddrisu Yahaya has described hypertension as a “Silent Killer”.

The condition he says has no clear symptoms that would indicate that something is wrong with your body. He has advised the public to regularly check for their blood pressure and maintain a good diet to avoid sudden deaths.

He warned that hypertension-related deaths are on the rise and that there is a need for the public to be responsible for their health and embrace a healthy lifestyle to prevent such casualties. Hypertension otherwise known as blood pressure is the excessive force with which blood circulates against the walls of the body’s arteries (the major blood vessels in the body).
”Hypertension is a serious health condition that needs to be treated as such, it has no signs and symptoms which makes it importat for people to reguarly check thier blood pressure, it is a serious medical condition that significantly increases the risks of heart, brain, kidney diseases among others,””, he says.

Speaking to Zaa news Dr Iddrisu says bad cholesterol builds up along blood vessels, narrowing the normal passage for blood flow and increase the risk of hypertension. He advised the public to regularly check for their blood pressure and eat foods high in antioxidant.

He further revealed that 85 percent of patients develop stroke from No-Communicable diseases with hypertension as one of the causes. Dr Iddrisu has therefore advised the general public to cultivate the habit of checking thier reguarly.