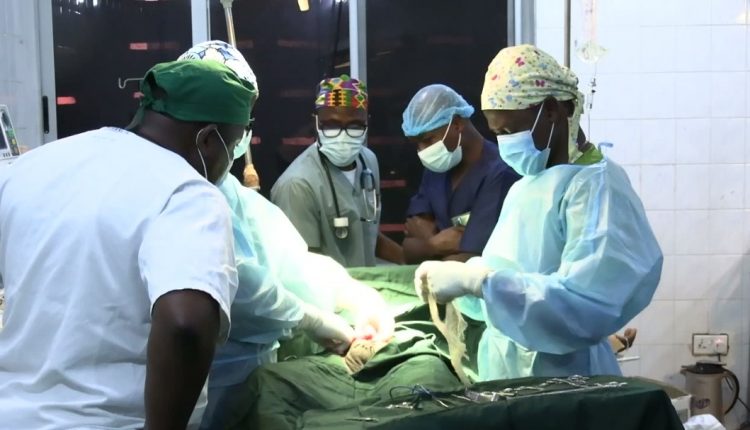 Over one hundred residents of Bimbilla in the Nanumba North Municipal Assembly have so far benefited from free surgical intervention, including General Surgery, Obstetrics and Gynecological conditions among others being offered by the Medical Superintendents’ Group in the northern region.

Speaking to the media in Bimbilla, the team’s leader, Dr. Bashiru Abdul Majeed explained that, Bimbilla was selected because of its deprivation to quality health care. He says most people in rural communities do not get access to quality healthcare thereby affecting their well-being as citizens.

He says, it is in line with this that the group decided to embark on such a programme to bring healthcare to the doorsteps of the rural folks. According to Dr. Bashiru Abdul Majeed, the team will extend its services to deprive communities in the northern region to improve healthcare.

Medical Superintendent of the Bimbilla Hospital Dr Barihamah Adam reveals that the commonest surgery condition in the municipality is hernia which affects the farming activities of residents.

The prime occupation of the people of the Nanumba North is agriculture in which 80% are engaged in. Issues of agriculture development are ranked high in view of the fact that it is the mainstay of the population.

Chairman of the Group Dr. Ayuba Seidu Abdulai on his part indicates that, the surgical outreach programme will see to the surgical needs of people in the municipality and beyond.

The Medical Superintendents Group is a body made up of medical Doctors, Surgeons and Anesthetists. It is a non-profit group which periodically carries out medical outreach programmes in deprived communities nationwide.

Encourage eggs consumption in your various Districts-Nutrition Officers from 16 MMDAs are advised.