Encourage eggs consumption in your various Districts-Nutrition Officers from 16 MMDAs are advised. 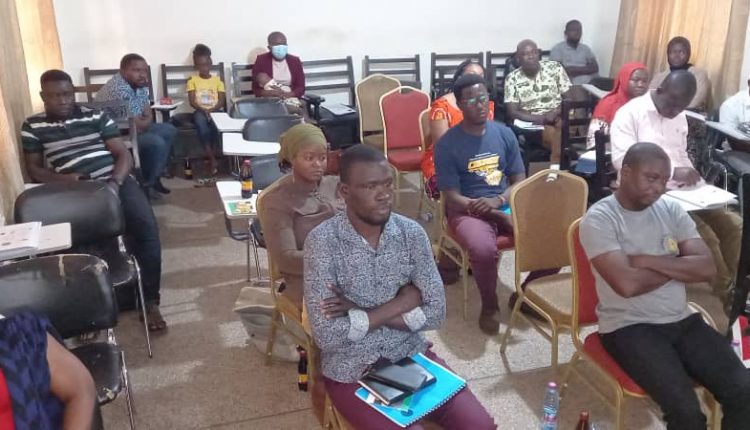 Nutrition Officers of the Ghana Health Service from the sixteen Metropolitan, Municipal and District Assemblies (MMDAs) in the northern region have been sensitized on the need to advocate more on eggs consumption. The sensitization which took place in Tamale was organized by Ghana National Eggs Campaign Secretariat.

The nationwide sensitization was part of efforts to demystifying the myths and misconceptions that surround egg consumption in the country. In the rural settings, the myths are that giving children eggs means that, the children will grow up to become thieves and when taking by lactating mothers, their children will start to run diarrhea of which color becomes greenish as of result of the eggs consumption. Among pregnant women, eating eggs has the potential of increasing the head of the baby which makes safe delivery very difficult.

The nutrition officers who are on daily bases interacting with lot of community members are expected to be trainers in their respective districts to demystify these wrong impressions created about eggs consumption.  The nationwide egg consumption campaign started in 20215 with the aim to increasing egg consumption, especially among children and pregnant women. The secretariat before the campaign carried out a survey which indicated that among the elite in Ghana, eating eggs increases colostrums.  The secretariat was established by the Ghana National Poultry Farmers Association with other stakeholders including eggs sellers, poultry farmers associations, Ghana School Feeding Programme, Ghana Health Service among other key stakeholders.

Speaking to the media in Tamale, National Coordinator of Ghana National Eggs Campaign Secretariat; Madam Comfort Kyerewaa Acheampong said, the training was necessary because the myths and misconceptions about eggs consumption still persist and the only people to erase it were   the nutrition officers.

She admitted that, though the yolk contains fart, the protein in it is of high-quality stating that; the whole egg contains six grams of protein and if a body demands about 50g a day and you eat one egg, you get only 6 and the rest may come from other food consumed which normally contains carbohydrates.

Some of the nutrition officers who spoke to Zaa News promised to intensify their effort about egg consumption in their respective districts.

A registered and licensed dietitian, Afia Amankwa, explained that the total protein of a person largely depends on the person’s weight and height. She advised Ghanaians to always consult dietitians and health professionals instead of resort to quack nutrition officers and information from the internet. “There is so much Google nutrition officers now and the media must help us get rid of them’’, she pleaded. She recommended highly for the consumption of eggs since it can help in retentive memory.