12 children from Zabzugu rescued from ‘traffickers’ 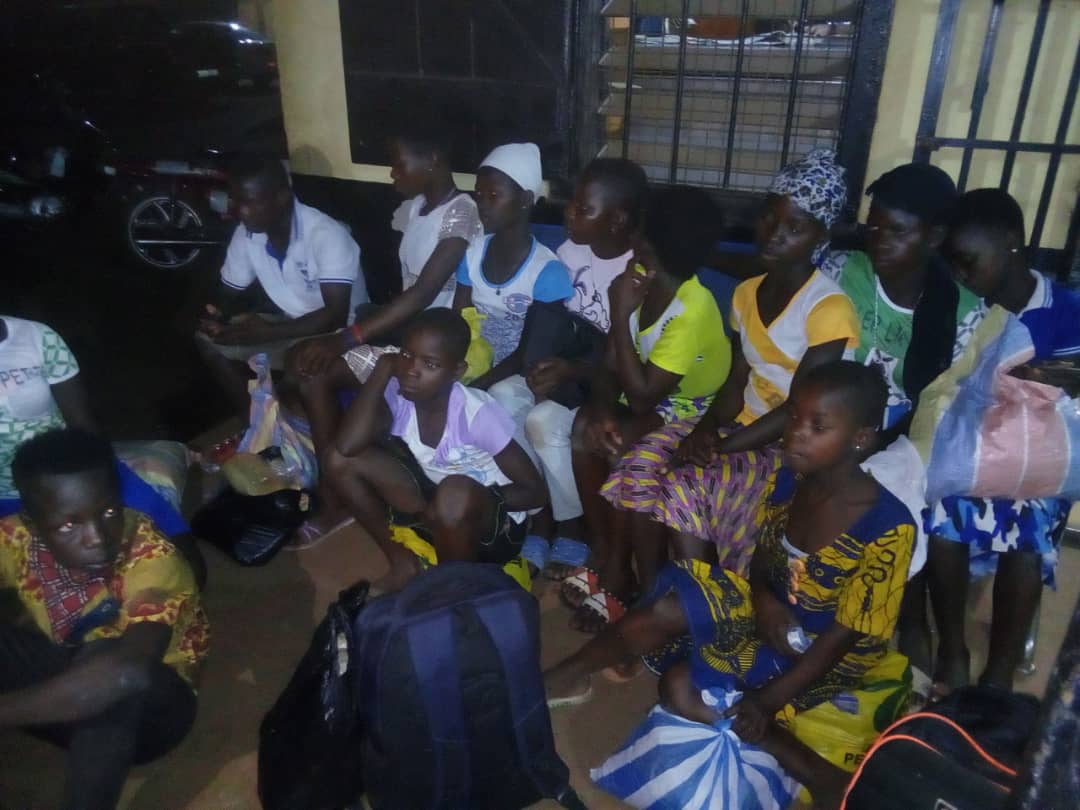 The two, both natives of Zabzugu in the northern region were picked up Sunday night by the police for trafficking 12 victims ages between 9 and 20 years from Kuntumbiiyili community in the Zabzugu district to Kumasi to be engaged in various forms of child Labour.

The arrest, according to the police followed the vigilance of some good Samaritans who saw the victims alight from a bus together with the suspects at a stopover in Tamale to take dinner before continuing their journey to Kumasi.

A police officer who was monitoring a confrontation between the civilians and suspects over the victims in front of Tamale Vodafone office area called for police intervention.

Preliminary investigation by the police indicates that the suspects recruited 11 children in Zabzugu and boarded a passenger bus with registration number AS 2430–15 to Kumasi enroute to remote villages in Western North Region to work on Cocoa Farms.

Northern regional Crime Officer, Superintendent Bernard Baba Ananga told Zaa News that the bus made a stopover in Tamale township at about 7:00pm for passengers to take their dinner.

The suspected child traffickers he said alighted with the victims to buy food but were accosted by some good Samaritans who were suspicious of their movement.

Suspects were detained after their caution statement whilst the victims rescued sent to Regional Police Guest House for Shelter. Superintendent Baba Ananga said efforts are being made to establish contact with the relatives of the victims.

Democracy can be messy