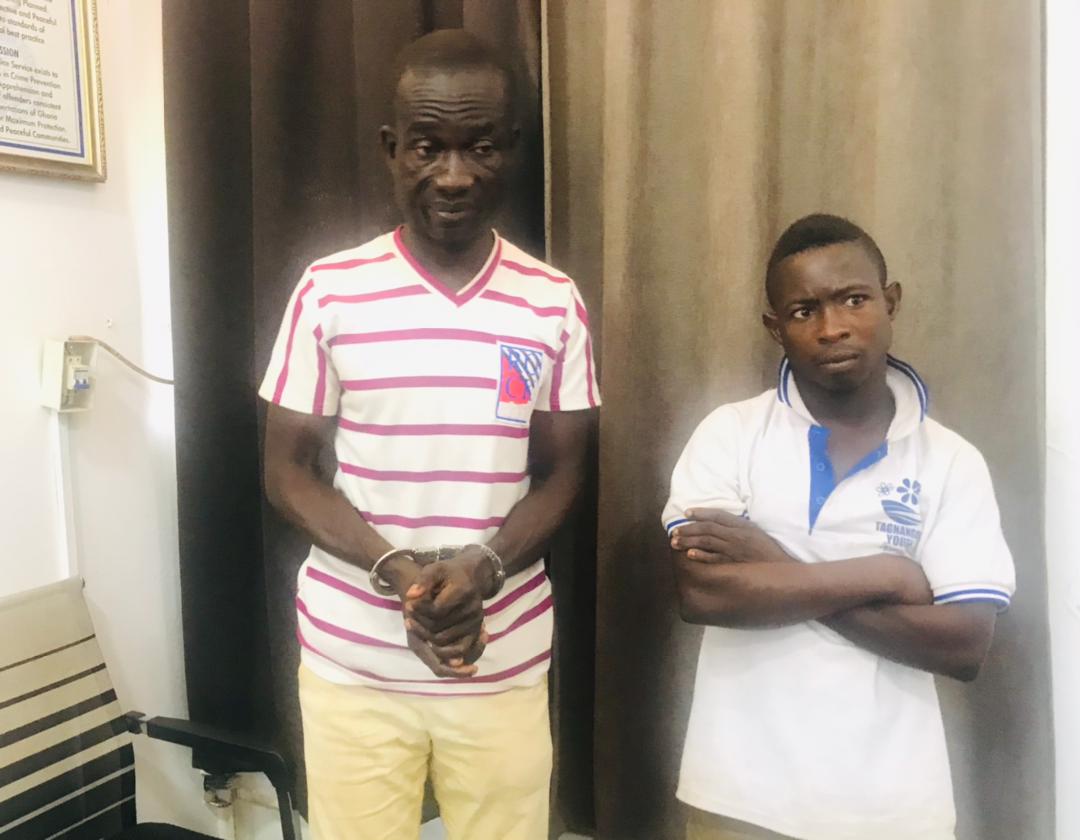 The court did not take the plea of the suspects and accordingly remanded them into police custody.

They are to reappear on January, 26 2021. Presenting the facts of the case, Prosecuting, Sargent Asoma Emmanuel told the court that the two suspects were farmers at Bekwai in the Western North.

Given the details of the case, Sargent Asoma added the suspects and the victims alighted at Vodafone office in Tamale at about 7pm last Sunday to buy food and were accosted by a good Samaritan and a police officer who were suspicious about their movement.

He told the court that the police dispatched a team of investigators from the regional police command, arrested the suspect and rescued the victims who are currently at the police guest house.

Meanwhile, the Zabzugu District Community Development and social welfare department together with assemblyman for Kuntumbiiyili electoral have initiated move to locate the parents of the victims.

The assemblyman Mr Daniel Punalar told Zaa News his attention was drawn to the incident Tuesday morning but could not readily tell if the children were from his electoral area.

12 children from Zabzugu rescued from ‘traffickers’