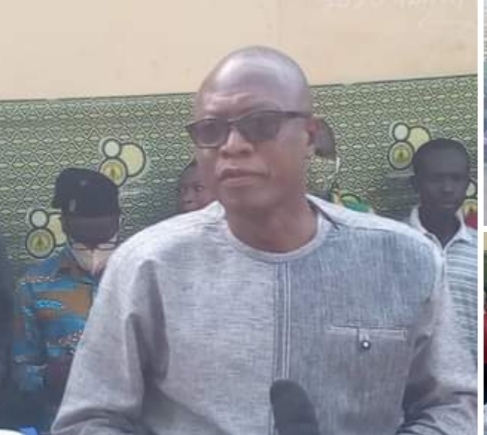 The Chief Director of the Northern Regional Coordinating Council, Alhaji Alhassan Issahaku has called for an end to political and chieftaincy violence in the region. He said the renewed violence at Karaga and an unfortunate incident a few months ago in Kpatinga in the Gushegu municipality were affecting government developmental programs in those areas.

He added that the Regional Coordinating Council (RCC) was committed to promoting peace and hope that people with violence intent will rescind their decisions for the interest of development. The last thing, the RCC will want to do, the chief director said, was to deploy security to any community as a result of violent acts but exigency of situations compels them to deploy.

Speaking at the Graphic Corporation’s in Ghana Peace Campaign Town Hall Meeting, Alhaji Issahaku said keeping security forces in any community or district is very expensive, explaining that, it drains the various Metropolitan, Municipal and District Assemblies (MMDAs) little resources they could have used to provide some facilities for the communities.

The future of the people normally involved in such violence, he noted could be badly affected and pleaded with aggrieved factions to always resort to dialogue. The coordinating council he added does not celebrate the peace the region is currently enjoying but will continue to call for dialogue among disputed parties.

He regretted the current happenings in Karaga and last month’s incident at Kpatinga. He charged the leadership of political parties to commit themselves to total peace. He commended Tthe Graphic Communication Company for focusing on a peaceful election.

The Chief of Lamashegu, Lashee Naa Abdulai Ziblim who chaired the meeting advised the people to desist from engaging in all forms of Electoral violence. The Lamashe Naa said the country has witnessed several peaceful elections and this year’s election should be also be conducted devoid of confusion. He advised voters to leave the polling stations immediately they cast their ballots and return after polls to witness the counting of their votes..