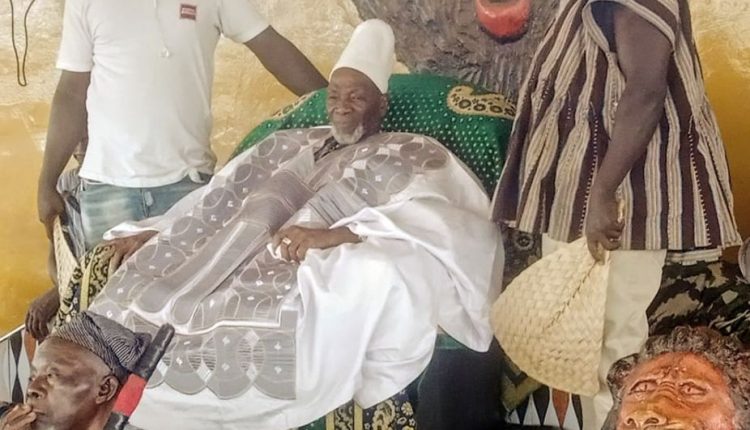 The King and Overlord of Dagbon Yaa-Naa Abukari II on Friday September 9, 2022 summoned Members of the Yendi Municipal Security Council (MUSEC) to Gbewaa Palace in Yendi over growing insecurity in the municipality. The insecurity has led to mysterious killing of two young men at Guntinli, a suburb of Yendi. The meeting was attended by the chairman of Yendi Municipal Security Committee (MUSEC) who doubles as Municipal Chief Executive, Alhaji Ahmed Abubakari Yussif, Assembly Members, Heads of the various Security Services; the Divisional Police Commander, the Military, officers of National Intelligent Beurua (NIB) and Immigration officers. Top on the agenda was to put in place measures to deal with growing insecurity and heightening anxiety among the residents in the Yendi municipality.

The King expressed his disappointment in the recent incidents of killings and attacks on the inhabitants of the area. Ndan Yaa-Naa indicated that, the Kingdom will form traditional security groups made of young men and women to augment the efforts of the security services to combat crimes in the area. In August 2022, two young men were killed at Guntinli electoral area within the Yendi Municipality by unknown assailants over motor bike. Their death sparks outrage among the people in Yendi who called on security services to intensify their effort. Two suspects have been arrested at Gushegu in connection with the killing when they attempted to sell the decease young men motor bike they took away. They were charged for murder and conspiracy to commit murder and remanded into police custody by a district magistrate court in Tamale. At the meeting at Gbewaa Palace, MUSEC agreed to the formation of taskforce to augment the security services effort.

The Municipal Chief Executive and Chairman of MUSEC, Alhaji Hamed Abubakari Yussif assured the King and his chiefs of his commitment to ensure total security of the people in the capital of the kingdom.

The head of customs and traditions of Dagbon Kug- Naa Abdulai Adam was not happy about the appalling security situation in the area and informed the security services of the intention of the chiefs to mete out punitive sanctions to any culprits who will be apprehended by the forces to be created. The Zohe Naa Mahamudu Salifu Also added his voice to the calls for the creation of the security groups in Dagbon.