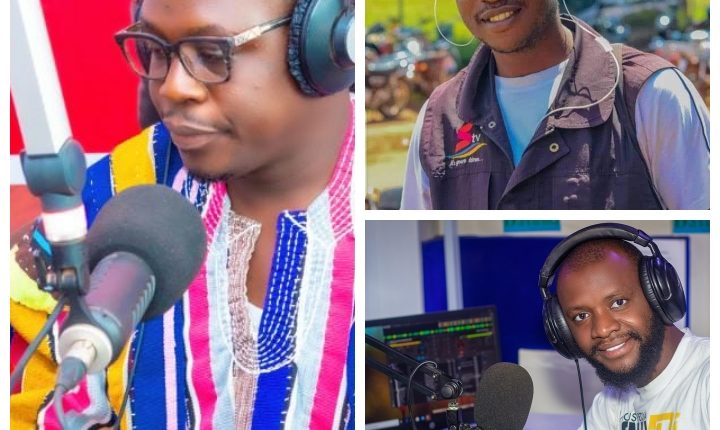 A young man is in the grips of the Yendi Divisional Police Command for allegedly threatened to kill three (3) journalists in Yendi. One of them, Mohammed Baba 21, was picked up by the Yendi police for allegedly threatening to kill three (3) journalists on a live radio programme. The journalists include; Shaharan Suhuyini, Ag. General Manager and the host of Sankara Radio breakfast show, Sualesu Iddrisu (Sapashini), Sagani TV Reporter and Issahaku Abdulai (DJ Rass Bee) host of Dasuma Street Drive on Dasuma Radio in the Yendi Municipality. The three were discussing the directives by the King and Over-Lord of Dagbon, Yaa-Naa Bukari II for the formation of a community watchdog committee in order to cattail the growing insecurity in Yendi and its environs. The king last Friday summoned security chiefs, members of the Yendi Municipal Security Council over the killing of two young men at Guntinli and how to put in place measures to avert future occurrences. MUSEC members agreed with the king’s suggestion that, a watchdog committee be formed to assist security services in the area.

Following this, the three media personnel were analyzing the causes and the role of the media in supporting the King’s call. During phone-in segment, the suspect, Mohammed Baba called in to the programme and reportedly issued a direct threat “we will kill you all in that room, the issue you guys are discussing, we will fight with you guys in the that room”.

The journalists managed to get his details and reported him to the traditional leaders and security agencies leading to his arrest. The suspect was apprehended yesterday Wednesday, 14th September 2022 and is currently in the police custody. He was charged of threat of death. When the case was called this morning at the Yendi circuit, he pleaded guilty.

The Yendi circuit court presided over by his lordship Anthony Aduku-Aidoo has remanded him to police custody. The suspect will reappear on September 20, 2022 for the hearing of the substantive case.