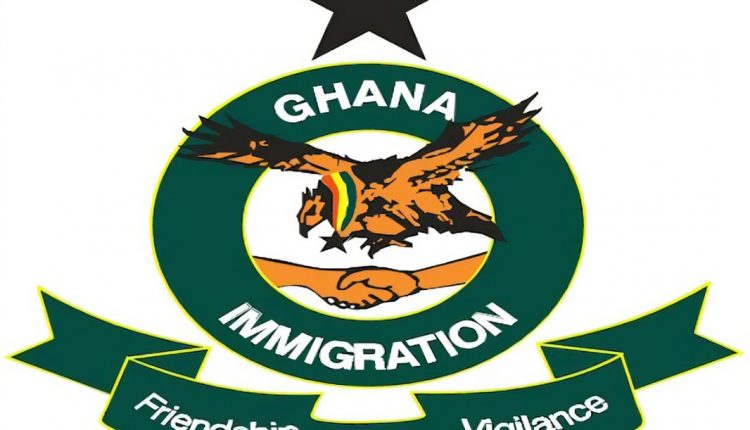 The Northern Regional command of the Ghana Immigration Service (GIS) has sensitized the general public on irregular migration and its dangers. According to the command, the country is losing a great number of lives and human resources enroot to Europe which has adverse effects on the lives of people, communities and countries globally.

It says that, the country is familiar with lots of Ghanaians risking their lives, resources and dignity by embarking on such dangerous journeys. According to 2011 report, on the fourth Session of the working group, irregular migrants, increasingly face inequalities and are vulnerable to exploitation by smugglers and international organ trafficking syndicates who seek the services of doctors to help them harvest organs of their victims to be sold to people of influence in millions of dollars who are in dire need for organ transplant and leave them to die after these operations.

The sensitization forum which was held in the Aboabo market square witnessed traders listen keenly to officials of Ghana Immigration Service. They also contributed and asked relevant questions regarding travelling procedures and dangers involved in irregular migration.

The general public was therefore advised to seek well informed traveling information before embarking on any journey outside the country. Assistant Commissioner of Immigration Service, Ibrahim Isaaka Long-hani speaking on behalf of the northern regional commander at the forum revealed that in 2022, an estimated 49,689 fatalities were recorded, in 2016, 8,084 and lowest in 2020, 4,267, in 2022, 2,720 fatalities were recorded and still accounting (IOM report 29 July, 2022).
To help in the alleviation of the plight of the northern region, the Spanish government with support from the European Union and International Organization for Migration (IOM) in collaboration with the GIS has established the Migration Information Center (MIC) in the region to serve as a one-stop shop where credible information on migration through the desert, Caribbean, north America and the Mediterranean Sea.

Some traders who shared their views and experience with Zaa news attributed irregular migration to unemployment and appealed to the government to create an enabling environment for young people to thrive.
Source: Ghana/Tamale/zaanews.com/Lilian D. Walter