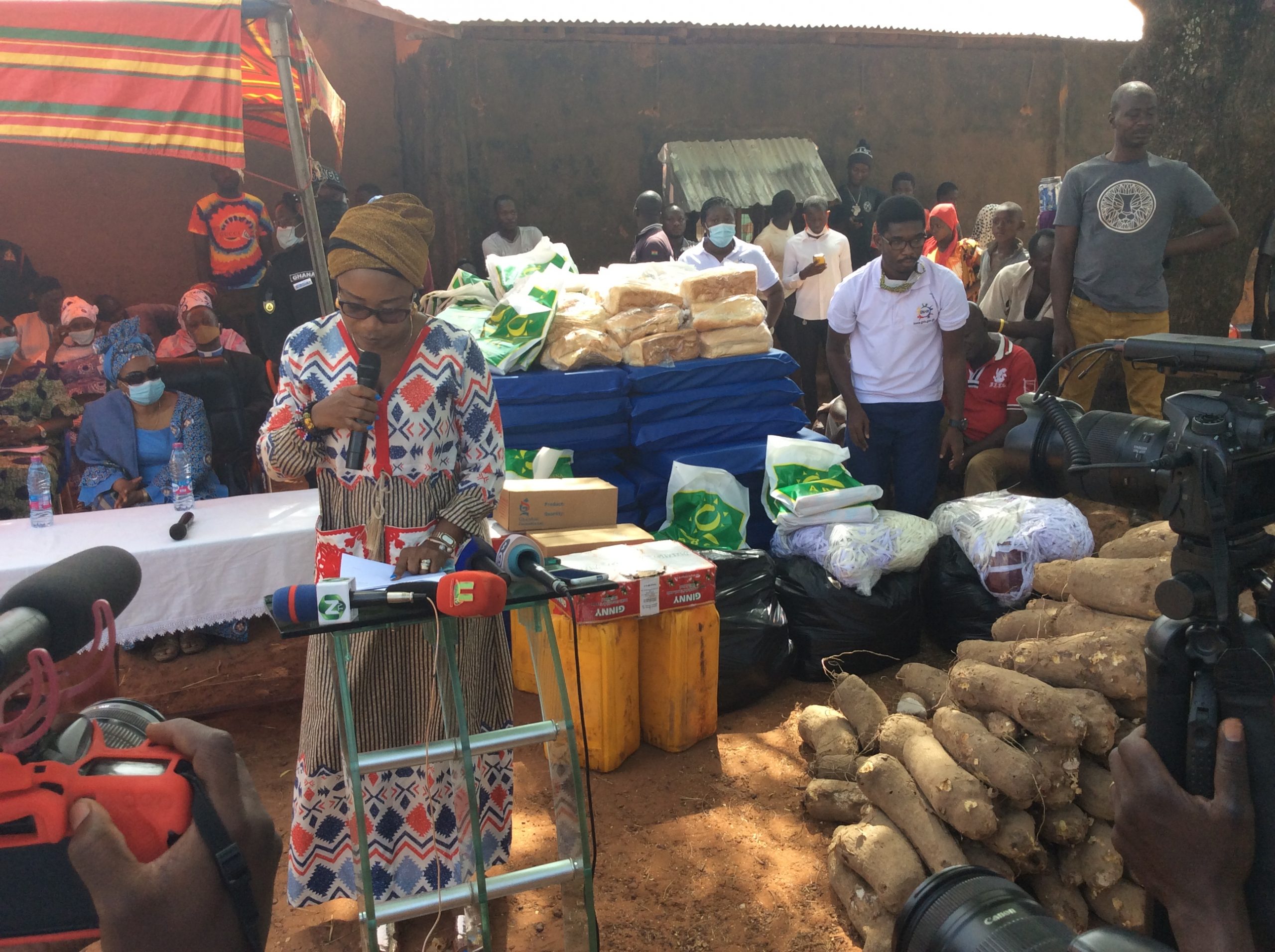 The ministry of Gender, Children and Social Protection has said  it is committed in ensuring a better life for all alleged witches in the 3 regions of the North.

The ministry assured  that  the livelihoods of the alleged witches at the various camps will be  improved.

Mrs Cynthia Mamle Morrison, the minister for Gender, Children and Social Protection, gave the assurance  at Gambaga in the East Mamprusi Municipality of the North East region when she presented mattresses and food items to the alleged witches camp in  Gambaga.

Mrs. Morrison further assured them of the government’s efforts to improve their well-being  through interventions such as Livelihoods Empowerment Against Poverty (LEAP).

She acknowledged the poor conditions under which the women are living and pledged to provide the necessary amenities for them.

The gender minister  after the presentation cut sod for the construction of a merchandized borehole for Gambaga and other camps in the Northern region. She announced  the establishment of a corn mill in addition to a National Health Insurance Scheme.

The government, she disclosed is considering three-pronged, both long term and short term, approach to holistically address witchcraft and wizard phenomenon in the country.

The short-term includes providing basic needs for the camps whilst long-term will be linking the people to social protection interventions such as LEAP.

Another key long-term measures Mrs. Morrison  said will be to disband the camps and re-integrate them into their communities.

The government Mrs. Morrison said, has commenced the restructuring of the Ghana Productive Safety Net Project (GPSNP) to ensure the provision of emergency cash transfers to extremely poor and vulnerable persons and households who are not in any social protection programs but are hit hard by the covid-19 pandemic.

The GPSNP is expected cover bout 124,200 specific groups in selected districts across the country, especially the homeless in Accra and Kumasi, persons with disabilities and persons affected by floods.

The beneficiaries will receive cash transfer ranging from GHC217.00 to GHC 545.00

The Nayiri, Mahami Abdulai Shiriga encouraged the ministry to continue providing the needed support to the alleged witches.