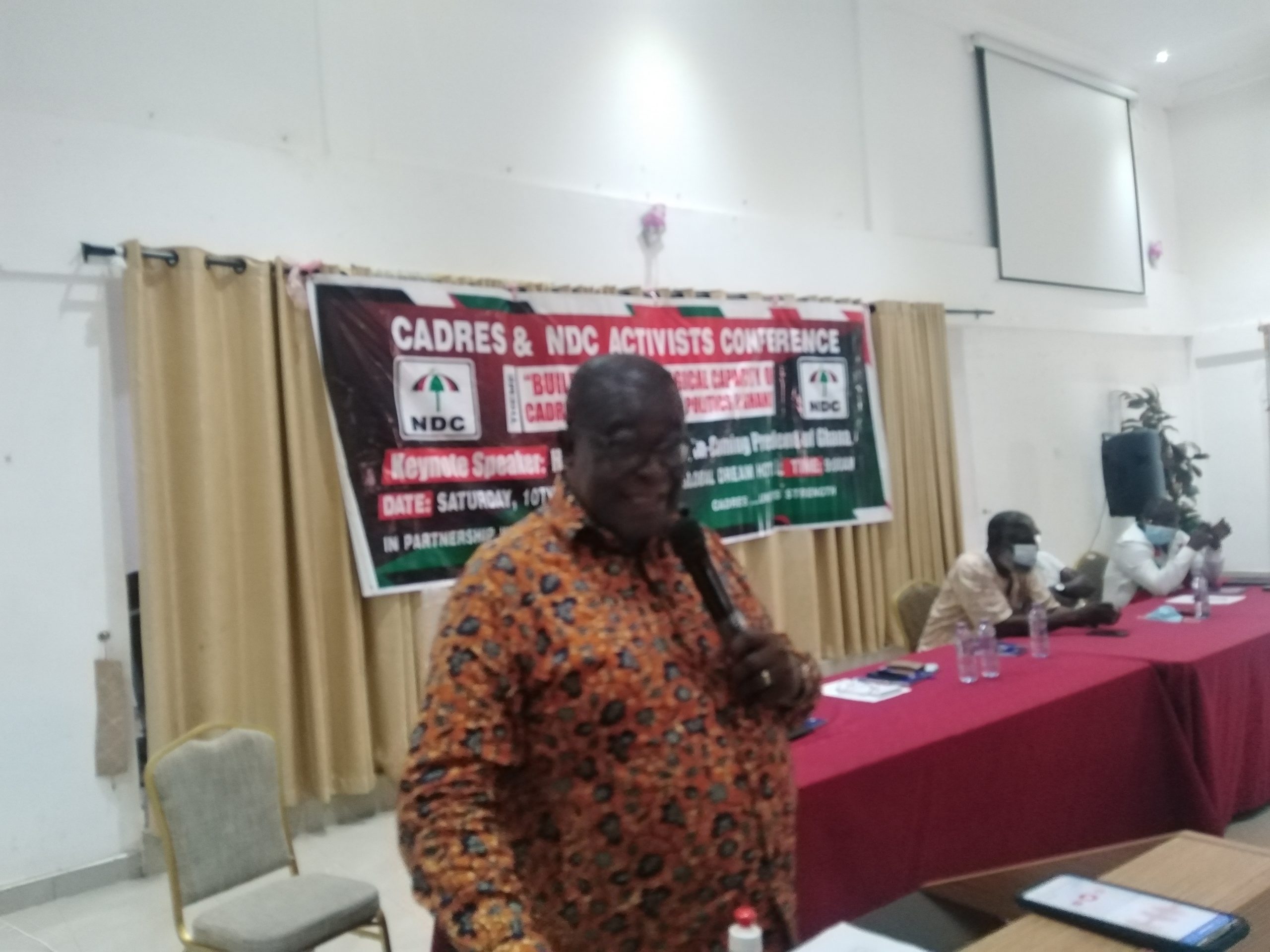 The National Coordinator of Cadres of the Opposition National Democratic Congress (NDC) Mr Antwi Boasiako Sekyere has justified the June 4th and 31st December revolution. The revolution he explained ushered Ghana into contemporary multi-party democracy that the country is enjoying today.
The revolution, Mr Sekyere argued, was based on the struggles of ordinary people for political space and voice. The revolution which was proclaimed on 31st December 1981 Mr sekyere said created a firm basis for the attainment of social justice, grassroots participatory democracy, political accountability and rapid national development.

Addressing a day’s cadres and activists from five regions of the north conference in Tamale, Mr. Sekyere maintained that the NDC as social democratic party provided a natural home for the progressive wing of the society, especially the hard working people of Ghana including market women, farmers, fishermen, students, progressive intellectuals, the disadvantage and the downtrodden.

The conference was to bring the leaders of cadres in the northern part of Ghana to take stock of NDC revolution so far and map up strategies for the way forward.
The party he said became the most formidable political movement in the country with its electoral prose but seem to have lost focus on its social  democratic philosophy alienated its natural alliance and abandoned its grassroots mobilization and organization causing apathy among many of its own supporters leading to the most painful electoral loss in 2016.

Mr Sekyere however commended the current leadership for working tirelessly to reconstruct the structures of the party, especially at the branch level.
The adoption of the grass root manifesto he noted was first ridiculed by governing NPP but has since gained acclamation.

The ordinary people he observed see their aspirations being met by the classic inclusion of what they need.
He advised the party to ensure that branches are functional and vibrant for the task and challenges ahead.
Mr Sekyere reminded cadres that they can’t operate solely on enthusiasm but rather on knowledge and expertise.
We have to mobilized ourselves, occupied the grounds in a house to-house exercise in tandem with the NDC activists at the branch level.

“We also have to volunteer themselves into polling agent, election monitors and generally keep vigilante so as to ensure that the decision of Ghanaians are not shortchange by a characters who are scared at the impending defeat scaring them in the face,” he said.