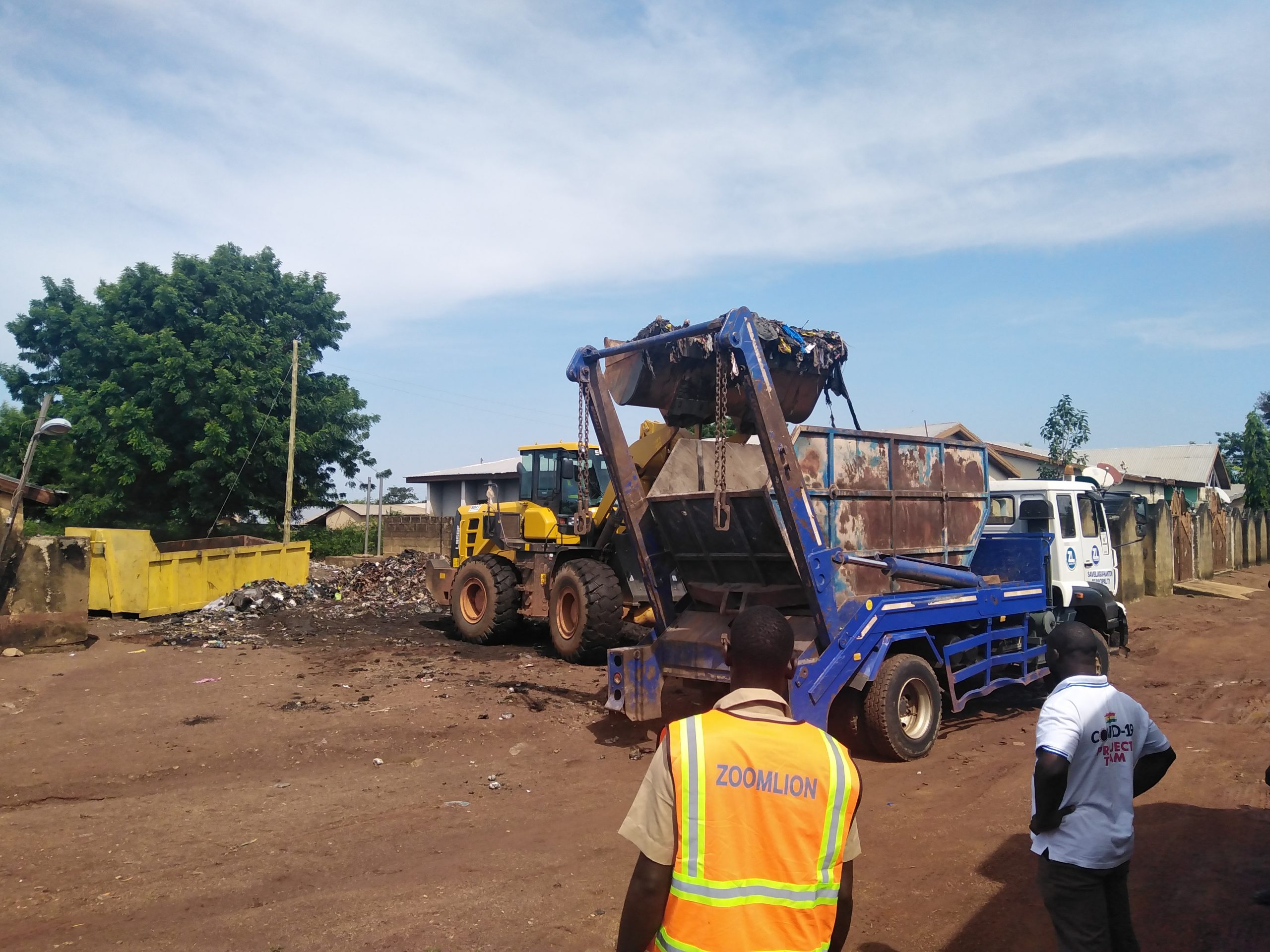 The Ministry of Sanitation and Water Resources has begun a nationwide evacuation of old refuse in the country.
The exercise will ensure that all refuse at designated places in the metropolitan, municipal and district Assemblies are cleared.

The nationwide evacuation exercise being carried out by Zoomlion Ghana Limited aimed at getting rid of filth that has engulfed most communities in Ghana.
In the Northern region, the exercise started at Nyohini Yapala in the Nyohini South electoral area in the Tamale metropolis.

The area according to the assembly man has been battling with sanitary conditions for over ten years due to the heaps of refuse and the poor state of public toilets. The assembly man, Mr Yakubu Hamza told Zaa News that residents of areas without containers dump refuse indiscriminately.
Evacuating the refuse he noted will be a relief to the people. He was hopeful that more containers will be provided and pleaded with the residents to always dump refuse into containers provided.

Out of the four public toilets only two have waste containers; Fire service and Gbambaya areas still have no refuse containers, Mr Hamza said.
He described the evacuation exercise as a dream come true, adding it will help prevent a possible sanitary related disease outbreak in the area.
Northern Regional Minister, Mr  Salifu Saeed told journalists that the exercise is part of the government’s efforts to ensure a clean Ghana.

Mr. Saeed said the emergency evacuation exercise in the Northern region has been captioned as ‘North without Borders’.
He said even though covid-19 new cases have reduced dramatically, there is still the need for more seriousness on environment and health issues.
The five regional coordinating councils and all MMDCES under the local government ministry  Mr Saeed added, are partnering with Zoomlion to use their waste management experience to clear refuse posing health threats to the people.

The exercise the minister said was necessary because most of the personal protection equipment is being disposed at the refuse dumps.
Touching on complaints of inadequate refuse containers, the minister urged Zoomlion to ensure that there are enough containers at the designated places to ensure proper dumping. Mr Saeed suggested to the sanitation ministry to partner with communities for proper usage of the lands designated for refuse.