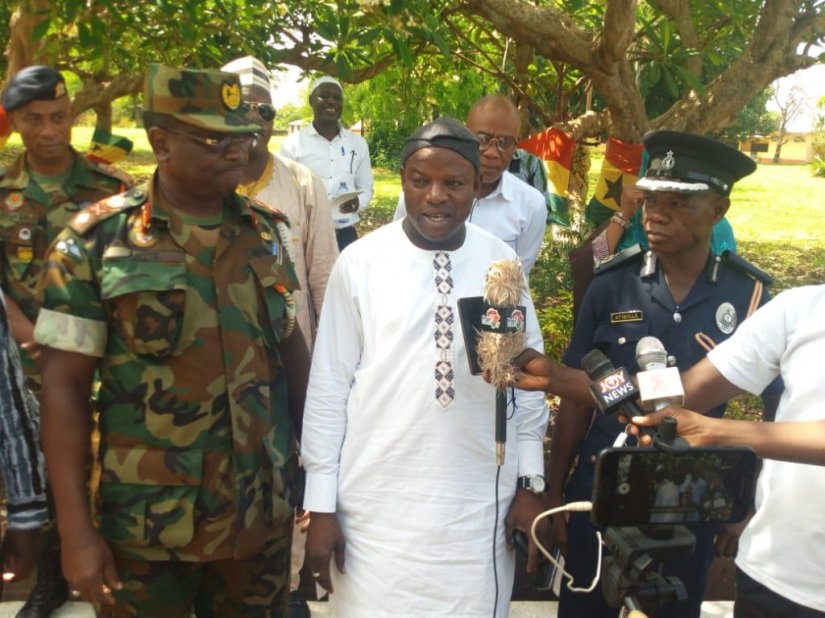 Northern Regional Security Council (REGSEC) has warned all those who will be attending the final funeral rites of the late Kpantiga Lana Zeblim Sheini to desist from carrying any dangerous weapon to the area.

A communication from the Yoo Naa’s palace added that, the circumambulation of the Kpatin lana’s palace will take place on Friday 21st  January, 2021 and final funeral prayers will be observed on Saturday 22nd.

Following the announcement from the Andani royal family, REGSEC entreated persons or groups within and outside Kpatinga not to attempt going there with offensive weapons and ammunitions.

REGSEC also reminded mourners that, security detailed there will enforce the directives given.

A statement signed by the caretaker Northern Regional Minister and acting REGSEC chair, Mr Salifu Saeed advised people who intend to foment trouble to abolish their intention. In January 2020, violence broke out leading to person death and at least five sustaining varied degreed of injuries.

The late Kpatin Lana Zeblim Sheini died in August 2020. His burial at the palace at Kpatinga sparks violence after Abudu royal members also claiming legitimacy to the skin resisted.