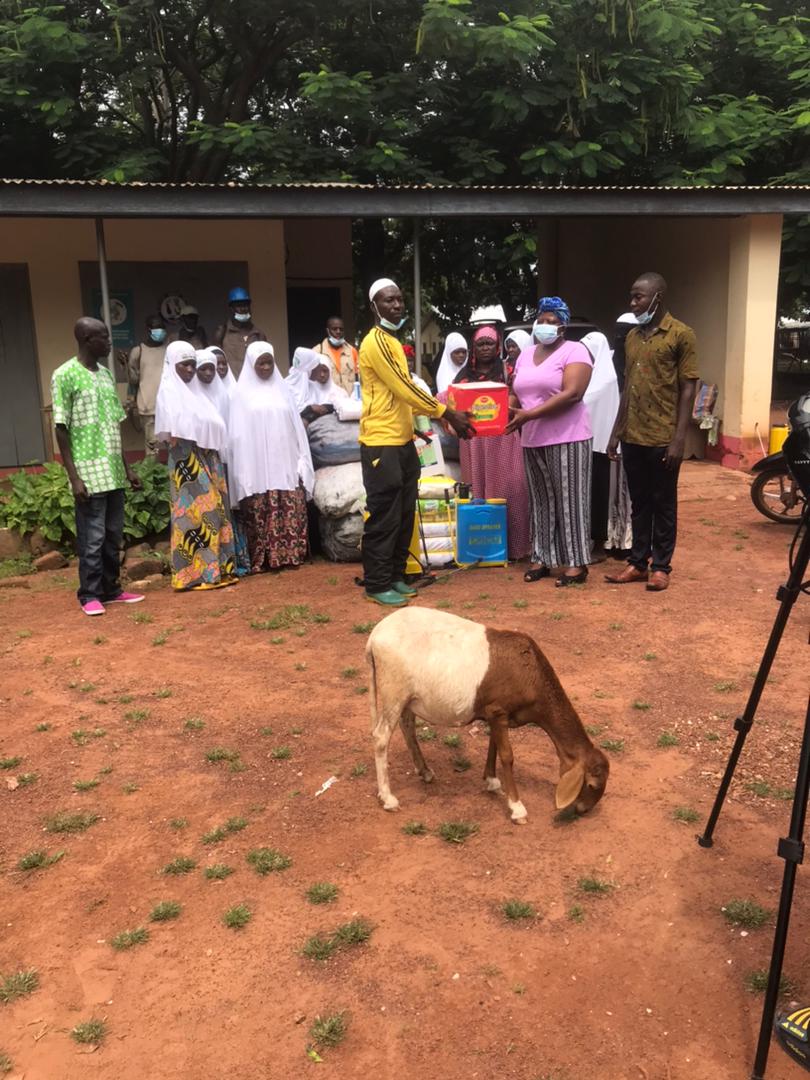 The Manageress of Nyohini Children’s Home in Tamale, Boahemaa Ansu has appealed to government and the general public to help build a fence wall for the Home, to protect them from thieves. According to her, the absence of a fence wall around the Home has led to extensive stealing at the Home while some of the residents defecate indiscriminately around, creating a sanitation problem.

The home she said is currently being run by benevolent organizations and individuals and appealed to the public to support the home. The Home according to Madam Ansu is the only government home in the country that has not been fenced.

She also called on the general public to support the Home with street lights to improve security within the home as well as provide the Home with frequent water supply. Madam Ansu made these known when an NGO in Tamale called “Help Orphans”, over the week end embarked on a weed spraying exercise around the Home. She however commended the NGO for the support.

The Nyohini Children’s Home currently has 36 orphans, consisting 8 females and 28 males. Here is Madam Ansu speaking to Zaa news. Secretary to ‘Help Orphans’, Rufayi Abdul Fatawu said this activity was necessary in order to prevent the children from contracting bacterial diseases such as malaria, cholera and typhoid, and also prevent them from harmful reptiles. He urged relevant authorities to help the orphans be responsible future leaders.

He also called on chiefs, religious leaders, benevolent organizations and individuals to support the Home. Assembly man for the Nyohini south electoral area appealed to residents of the area to avoid defecating around the walls of the Home. The group also presented some items to the Home. The items include bags of charcoal, tins of lactogen, milk among others.