The Tamale Metropolitan Assembly has denied allegations level against them by traders that they are planning to give out portions of the Central Business District (CBD), especially old taxi round to a commercial transport operator. The assembly says it has no plans to grant any transport operator permit to operate under the inter change or anywhere closer to the inter change.
The traders allegation follows the assembly’s decision to decongest the central business district, particularly within the enclave of the inter change. On Monday, the assembly began what it called final decongestion exercise to ensure sanity in the city.
This action angered many traders particularly hawkers who pointed to some containers and metal poles with megaphone announcing for passengers.
Hawker’s accusations
The Hawkers accused the Tamale Metropolitan Assembly of deliberate attempt to impoverish them. According to aggrieved traders and hawkers, the assembly action is inhumane, especially when they know very well that there is excruciating hardship in the country.
They are not happy that the assembly is rather concentrating on them instead of finding proper alternative business areas for them. Shown receipts of tax they have paid to the assembly as recent July 2022 accusing official s of the assembly of being wicked and insincere.

Elderly women hawking within the enclave claimed they are widows and only rely on their daily sales to feed themselves and their children.
But Public Relations Officer, Amadu Mustapha Zakar of the assembly say the space in city was getting limited and there was the need for alternatives sanitized the city.
He maintained that the assembly was not surprised by the reactions from the hawkers and urged the traders to cooperate with them for good of everybody.
Sales of space in the CBD
Commenting on the allegations that the assembly was leasing parts of what city authorities described as congested to private developers, the Metropolitan Chief Executive, Mr Sule Salifu stated that the assembly has every right to engage private developer to beautify the city.
The mayor clarified that the assembly was not selling the place but rather leasing it.
He said leasing was not outright sales adding that, if a private developer put up decent stalls under Public Private Partnership (PPP), he or she will not allow hawkers around it to make it dirty. The assembly itself, for now is financially constrained to engaged in such venture. Mr Sule explained.
Beggars on the street of Tamale 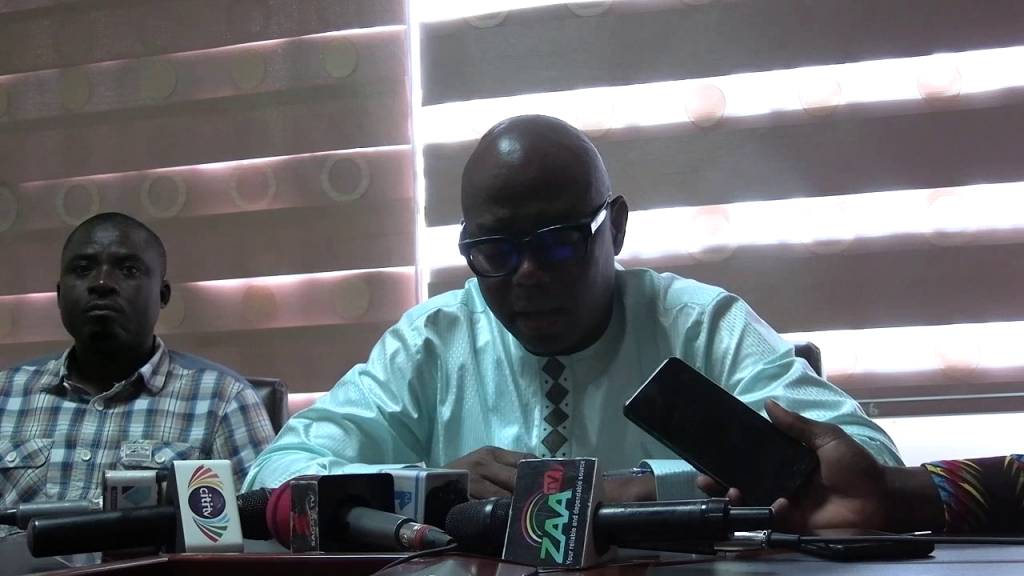 On the issue of foreigner beggars in the street of Tamale, the Tamale Mayor explained that the Metropolitan Security Council was concerned about their activities. Ghana Immigration Service which is part of the council will soon brief members on decisive action to be taken.
The Mayor told journalists that, he has tasked the Ghana Immigration Service to identify those who bring them to Tamale for discussion before the necessary action can be taken.