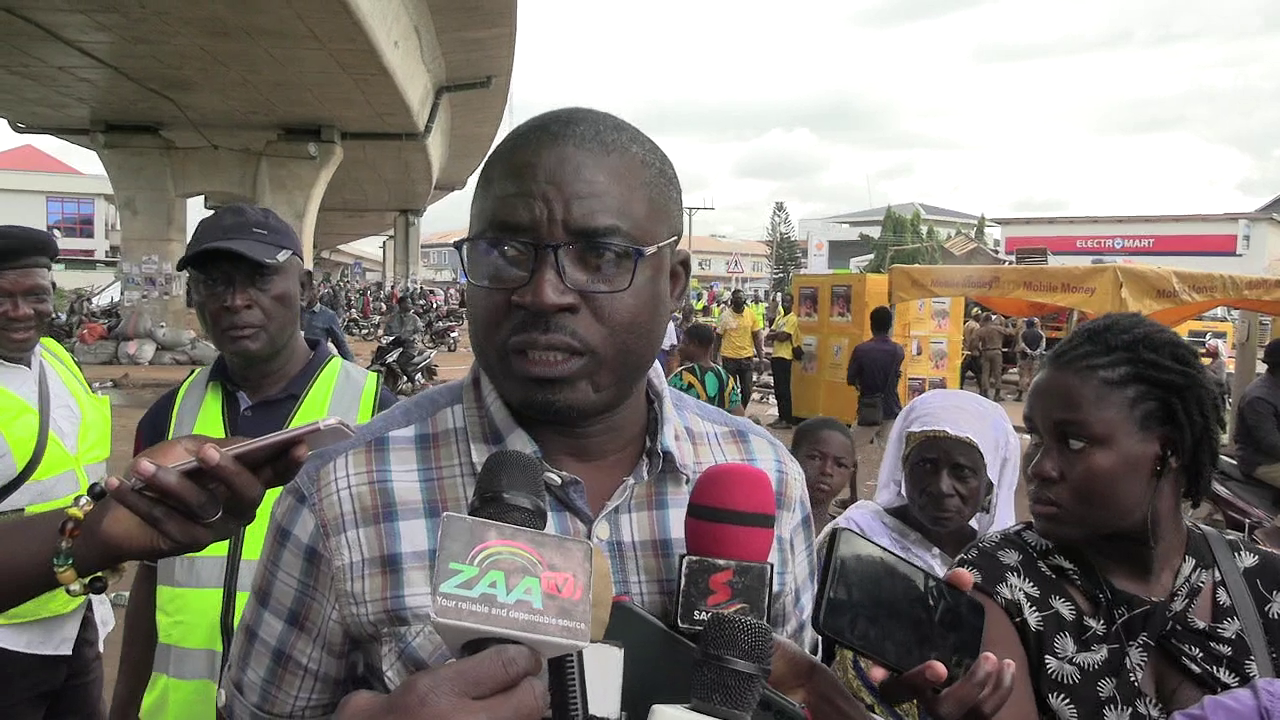 The Tamale Metropolitan Assembly has begun decongestion exercise within the enclave of Tamale inter change. The exercise which started at dawn this morning followed several engagements with hawkers, leadership of all traders transacting business within the central business district of the city as well as the traditional authorities.
The assembly carried out similar exercise before the commissioning of the Tamale inters- change and issued warning to hawkers around that area but its orders were defied. This is the second decongestion the assembly is undertaking with security and taskforce monitoring and arresting recalcitrant hawkers.
The decongestion exercise according to the assembly will be sustained with security presence to ensure that sanity prevails within the Tamale Metropolis. The assembly maintains that it did nothing wrong and has no intention of denying citizens their daily bread but wants to ensure that there is law and order.
Even though the assembly traders alluded to the fact that they were informed about the decongestion exercise, the assembly alternative will kill their business.
The assembly says it has received several complaints from other road users and clients of central market about the difficulty and nasty nature of the Metropolis, hence the need to ensure sanity.

Speaking to the media after Monday’s dawn decongestion exercise, the Metropolitan Chief Executive; Mr Sule Salifu says the assembly will continue the exercise for the safety of the people.

He maintained Kukuo and Kakpagyili markets remained alternatives.
According to him, the assembly has over 35 empty spaces within the Metropolis that can be used as markets and other trading activities but traders and hawkers are not just interested moving but he indicated that, the assembly them will be compelled to move finally this time round.
The Mayor for Tamale Metro said the metropolitan Security Council (MUSEC) has given directives to security agencies consist of military, police, and fire and prison service to begin arresting people who do illegal or unauthorized business within the city.

Two teachers of Zabzugu SHS killed by road accident; one in critical condition