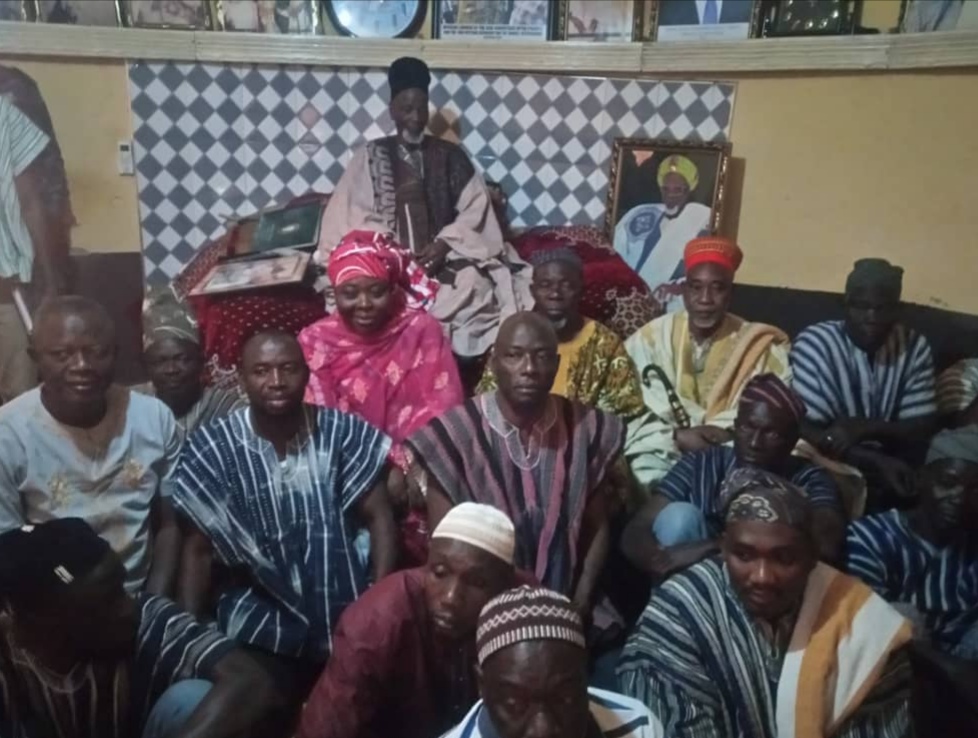 The overlord of Dagbon, Ndan Ya Na Abukari Mahama II has called on government to provide farm inputs to farmers in the north at the right time. Ndan Ya Na said once this is done, the government initiatives geared at reducing the importation of food stuffs into the country will stop.

Ndan Ya Na made the appeal when the new Northern Regional Director of the Ministry of Food and Agriculture, Hajia Hawa  Musah called on him at the Gbewaa palace in Yendi.
He told the MoFA director that farmers who invested heavily to cultivate rice in the last farming season are still lamenting about the lack of buyers.

The Dagbon king urged the government to make ready markets in the value chain issue very serious if it really wants Ghanaians to consume local rice and other food products in Ghana. Ndan Ya Na also reminded the MoFA officials that the weather pattern in the north was total different from the southern sector and the MoFA must consider it when bringing farm inputs to farmers.

He was however happy that a woman has taken over the male dominated position in the region and expressed the hope her office will do more in supporting farmers.
“You have huge responsibility ahead of you,” Ndan Ya Na told Hajia Hawa.

He said: “the north do not produce cocoa, our cocoa is shea nut and the arable land which needs much attention,” Ndan Ya Na commended the government for the initiatives taken in the agricultural sector so far.

On her part, the new Northern Regional Director of Ministry of Food and Agriculture, Hajia Musah assured Ndan Ya Na of her team’s readiness to assist farmers.
The major problem that MoFA has to tackle in the region was land development for rice farmers or valleys to grow rice.

Hajia Hawa  said her outfit intends on organizing a national forum which will bring together both farmers, MoFA and buyers both locally and internationally to deliberate on how to address challenges facing the agric sector.
‘We have met the regional minister with our intention on how to improve agricultural sector and he welcomes it,”Hajia Hawa said.

She also assured Ndan Ya Na that the  government has managed to get some buyers who have expressed their willingness to come and buy the rice, maize and other crops from the farmers.

The only challenge raised by the buyers she said was standard and quality of what the farmers produce.

The new MoFA director and her team also called on the Mion Lana Mahamadu Abdulai and the Yo Na, Andani Abdulai Yakubu at their palaces.